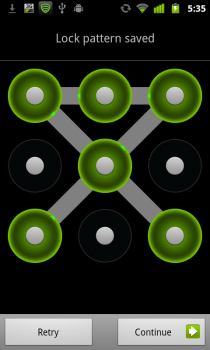 The FBI secured a pimp’s Samsung Android phone as part of a case following a former pimp released on parole who seemed to be partaking in pimping activities once again, specifically through the use of his Android phone. The pimp previously signed a Fourth Amendment search rights waiver, which allowed the FBI to search his home and property at any time without a court order. When he turned over his phone, he didn’t unlock the device, even though his parole conditions prevented him from hiding or locking digital files, but claimed the phone belonged to his sister. Amusingly, the FBI couldn’t crack the phone’s unlock pattern, and then served a warrant to Google, Android’s developer, to help them unlock the phone.

The FBI obtained a warrant to search the phone last month, but weren’t able to crack it due to the phone’s swipe password lock, which can actually be easily defeated — either by simply looking at the smudges on the phone’s screen, or because you’re the FBI and should have access to a variety cracking tools and skilled employees who know how to use them. The FBI attempted the password too many times, which locked the phone, which in turn could only be unlocked using the phone owner’s Google account credentials. As you could imagine, the pimp refused to cooperate, so the FBI served Google with a warrant in order to get the Android developers to help out.

In the warrant, the FBI essentially asked for everything it could. They wanted the subscriber’s name, address, account login and password, Social Security number, all email and contact list information stored on the phone, all text, photo and video messages sent and received from the phone, any email addresses or instant messenger accounts that appear on the phone, all search terms, Internet history, and GPS data stored on the phone, as well as all times and durations spent on any webpages accessed with the phone. Also, as you might’ve guessed, the FBI asked for instructions on how to bypass the phone’s pattern lock.

So, the amusing story here isn’t that the FBI is trying to bring down some pimp, but that the crack team at the FBI couldn’t bypass a swipe pattern lock and served Google with a warrant to do it for them.