Most Common iPhone Passcodes Are Obvious 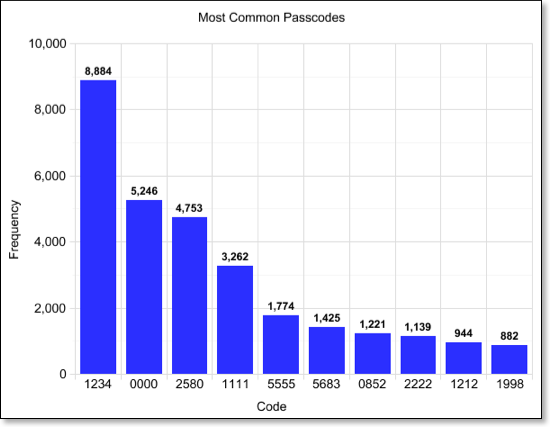 In the latest update to the Big Brother Camera Security iPhone app — an app that snaps pictures of any unauthorized person using one’s iPhone 4 or iPod Touch 4 — Daniel Amitay, the app’s creator, added some code that anonymously tracks and records users’ passcodes for the app. Though that doesn’t necessarily say much about what people use as their main iPhone and iPod passcode, Amitay felt the Big Brother passcodes are representative of the iPhone and iPod passcodes, because the Big Brother passcode setup and lock screens are “nearly identical to those of the actual iPhone passcode lock.”

The above chart shows the top ten most common passcodes out of the 204,508 recorded, the most popular being the shameful “1234” with a significant lead on the second most popular passcode, the equally shameful “0000.” The top ten passcodes make up 15% of all of the passcodes in use, most of which follow an easily-recognizable pattern: Sequential order, four of the same number, or numbers that are arranged in a line on the number pad. Even the seemingly obscure “5683” passcode follows a pattern: It is the numerical representation of spelling the word “love” on the number pad. 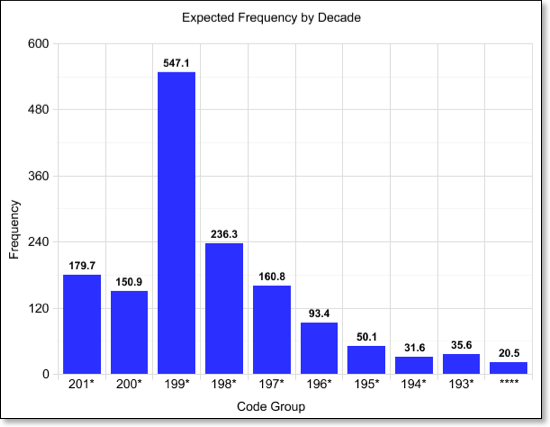 Because only ten, easy-to-guess passcodes make up 15% of all of the used passcodes, Amitay points out that a thief would only have to try ten different passcodes on a stolen phone and would have a 15% chance of cleanly unlocking the phone. So, maybe we should all take better care in choosing our passcodes. No reason to even use one if it doesn’t actually provide any security.