SPACE PUNS: The Mary Sue’s Favorite Comments of the Week 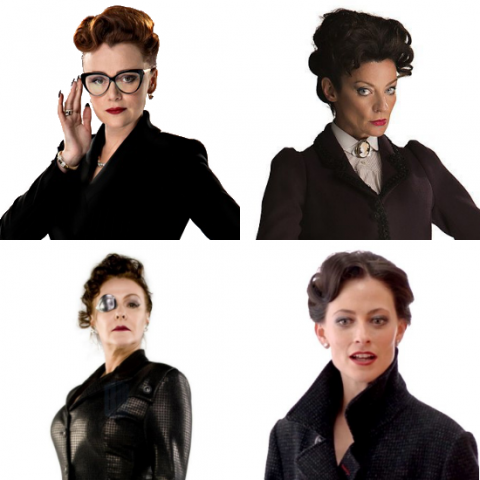 It was quite the week here on the internet – but luckily, we have you guys to make us laugh about it all. Here are the comments we hearted the most!

After reading our recap of the latest episode of Doctor Who, where we expressed our fatigue with Moffat’s repetitious plots and characters (see above), Facebook commenter Anna Nic Ghiolla Mhuire said, “Just a matter of time really before Moffat gives us a “don’t poop” episode. Perhaps first he’ll play up some variations á la “don’t sneeze,” “don’t twitch,” and/or “don’t tumbledry,” but mark my words, something shitty this way comes.”

FOX News compared Wonder Woman’s pants to a burqa (because of course they did), which prompted Ashe to add, “Pants? Burqa? Pepperjack cheese? Corgi puppies? Swimming lessons? That hangnail you chew off in private?

Don’t even stop there, FOX News! You can compare everything with everything if you truly believe!”

We let you guys know that, no, black holes hadn’t exactly been disproven. Are you ready? Because SPACE PUNS: 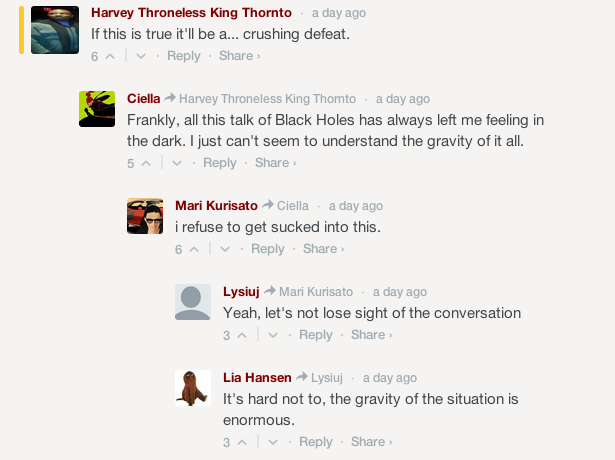 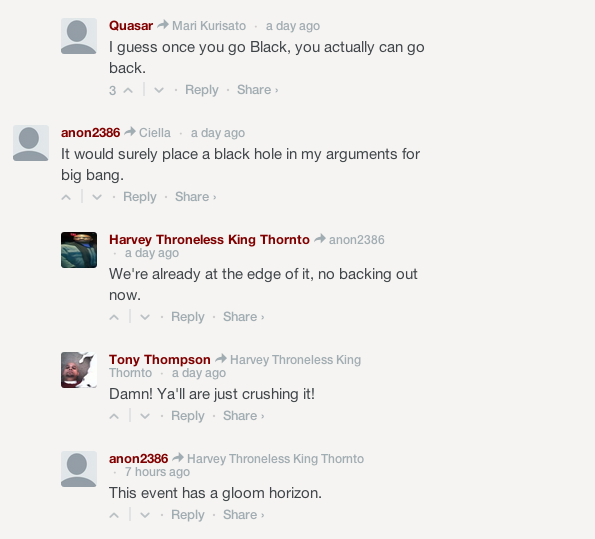 When that same woman followed up by complaining about how much she dislikes the “new breed of [convention] attendees,” Calum Syers imagined her thought process before writing her second post. “”I’m really not sure what I want to do with my foot. I’m either going to shove it in my mouth, or shoot it with a big gun.” – Denise Dorman.”

Upon discovering that the new Stormtroopers in Star Wars Episode VII were going to be chrome, the first thing out of my mouth was exactly the same thing commenter Adrian said: “Chrome storm trooper helmets? What a perfect opportunity for lens flare. I’m on to your tricks, J.J.” I’m onto you, Adrian. Are you me?

Finally, we’ve been posting all week about Sam Pepper, the YouTuber who sexually harasses women and tries to pass it off as a “social experiment.” Today, we posted a parody video, where someone goes around murdering other people as a social experiment. And then something beautiful happened: 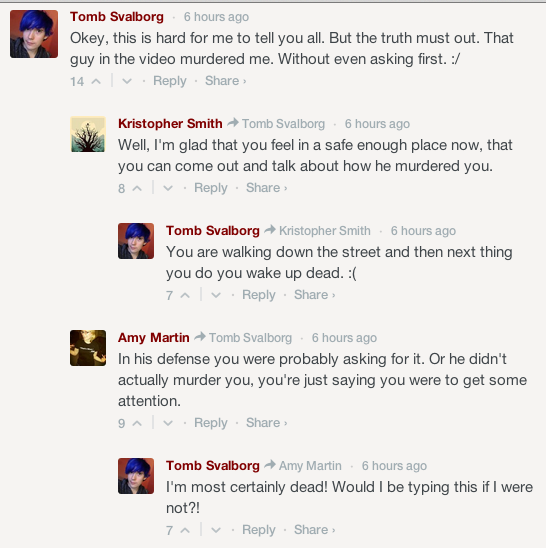 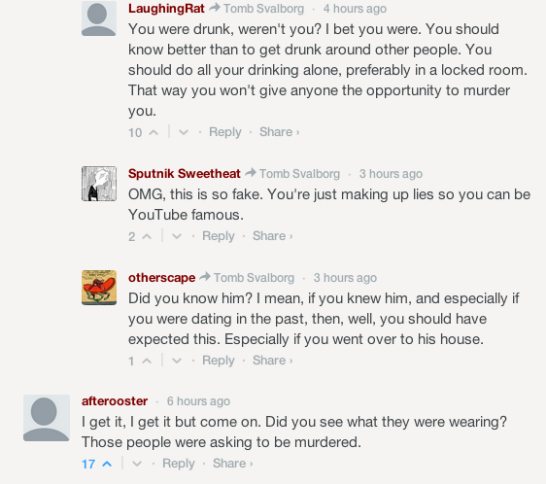 Thanks for making my job so awesome, gentle readers. Now onto the weekend with you!