“MisANTry”: The Mary Sue’s Favorite Comments of the Week

Actually it's about ethics in colony organization. 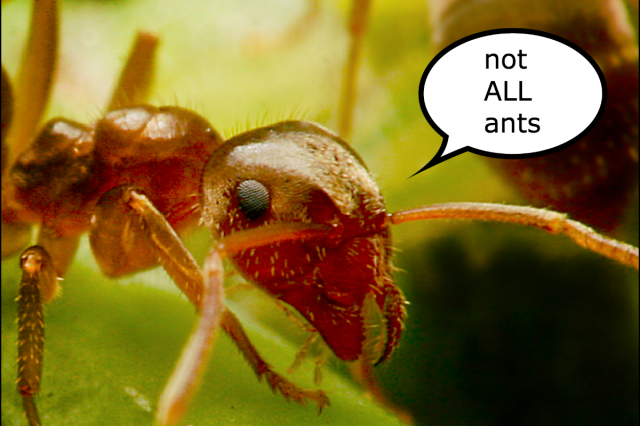 We had some pretty great comments this week (including tons of puns, obviously), so read on, gentle reader.

Jada Pinkett Smith brought a man on a leash to her Gotham audition, so Curt Clark said, “I’m picturing Will on the leash doing this as a solid for his wife.”

Dianec was not a fan of this Female Gaze Wolverine: “That’s so unhygienic. I can’t help but think this is supposed to be the cover to a 1960s era guide to using an outdoor grill.”

Remember the time Amanda Celine Miller, who plays Sailor Jupiter in the new Engligh dub, stopped by to talk about her character’s height? 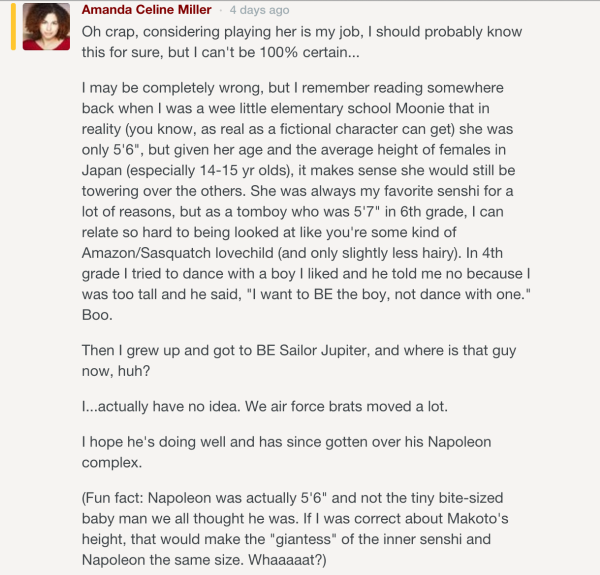 When we discovered that “gamergates” are actually ants, Facebook user Charlie Bee implored, “Won’t someone please think of the misantry?”

Please click here and go read Brainmist’s zombie tirade from the perspective of someone who has been a zombie “for a while now.”

After that amazing Ultron trailer came out, Choker agreed with our greatest fears and said, “Part of me has a feeling Ultron used to be one of the animatronics at chucky cheese, just without the costume on.”

Janna, on the other hand, said, “I guess to be fair to Tumblr, that robot has great legs.”

Frankenstein and Phantom of the Opera are getting TV shows, so Lapin also suggests “A Jekyll and Hyde sports drama. Man takes experimental drug that improves his athletic abilities but gives him a split personality with a propensity for drugs and crappy rich sports star behaviors. Can he reason with his other half and win gold?

A Dorian Gray cooking drama. The tenuous connection is that he has a friend named Basil (food pun haha). That’s it.”

When we discovered that Guardians of the Galaxy had been very badly translated into Chinese (“John Stamos” became “Johns Tamo Si,” for example) RealaRegula pondered, “I wonder if Johns Tamo Si is friends with Adele Dazeem…”

The speed at which corn puns started flowing into this costume post led commenter Q. Pheevr to wonder about who is frequenting our site: “I’m amaized at how quickly the pun comments started to show up; it’s just earie. You people must be stalking TMS.”

Oh, and speaking of puns, there was this post about nipples on Game of Thrones armor: 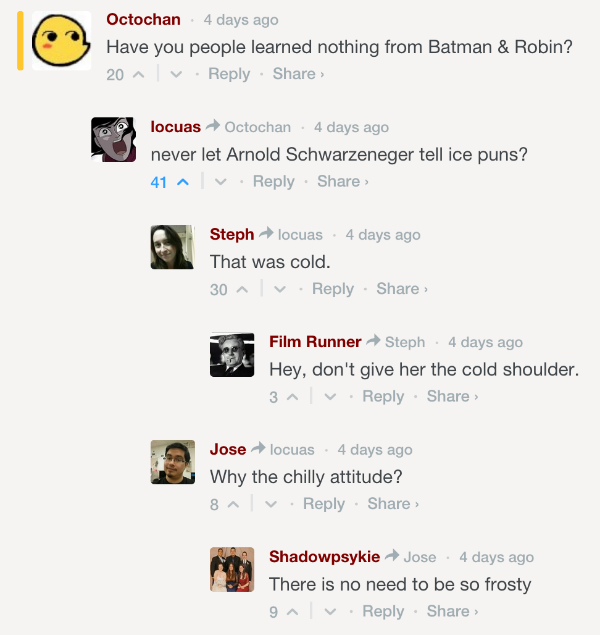 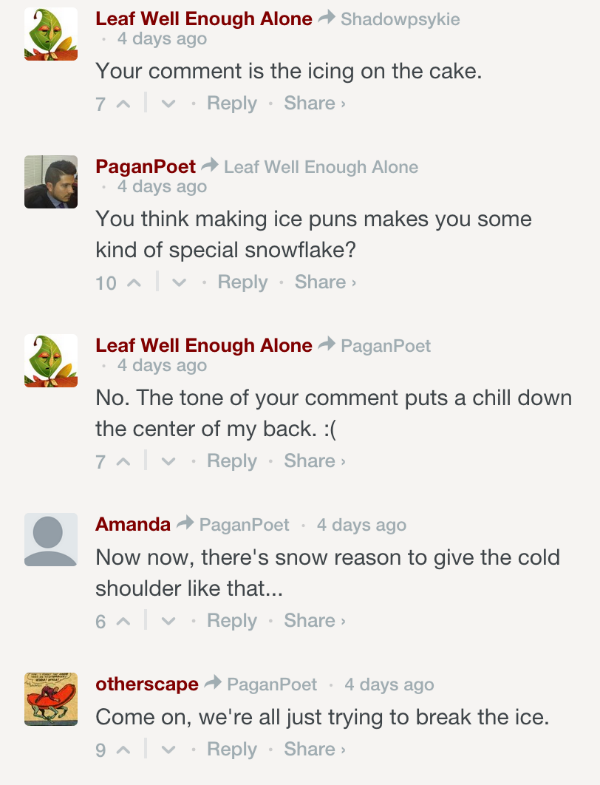 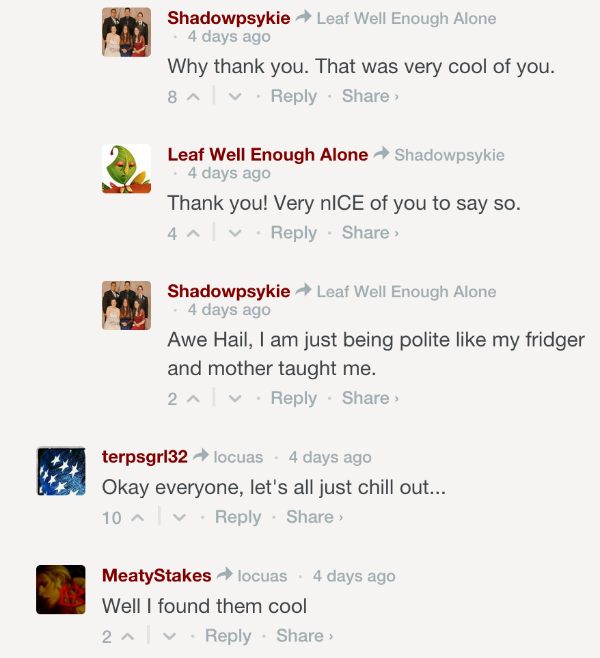 Have a good weekend, you puntastic readers!

(via Stuart Williams, shooped by me)