Past the point of no return. 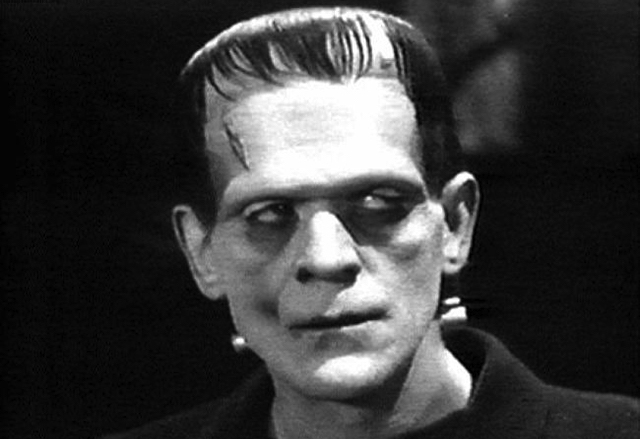 Over the last year or so, steps have been taken towards a The Wizard of Oz medical drama, an Alice in Wonderland cop show, a Les Mis legal drama, and a Peter Pan workplace comedy. So screw it—why not a Frankenstein cop show or Phantom of the Opera à la Smash?  Who’s going to do Moby Dick as a supernatural teen drama on MTV or The Canterbury Tales as a soapy Shondaland extravaganza? I don’t care anymore. I have nothing left to lose.

Via Deadline, the new Frankenstein show—just called Frankenstein—has a pretty tenuous connection to its source material:

Taking inspiration from the basic Mary Shelley mythology of a man brought back to life by scientists playing god, Frankenstein centers on Adam Tremble, a morally corrupt FBI agent who is given a second chance at life when he is brought back from the dead. Now younger and stronger, Tremble will have to choose between his old temptations and his new sense of purpose—dealing with threats beyond the FBI’s capabilities. All the while navigating the complicated relationship with his “creators”: an antisocial Internet billionaire and his bio-engineer twin sister.

The “grounded sci-fi drama” is being executive produced by Howard Gordon (whose genre credits includeThe X-Files, Buffy the Vampire Slayer, and Angel) and Rand Ravich (Life, Crisis), and written by Ravich. Fox has picked it up with a “put pilot” commitment, which basically means they’re obligated to at least air the pilot. Hmmm. If I remember correctly, Fox ran a sci-fi drama about a cop with a tenuous connection to humanity fairly recently. How did that end up again?

As for the Phantom of the Opera show—that actually sounds weirder. Like Desperate Housewives-weird, because Housewives creator Marc Cherry is the one doing it with ABC. Yeah, I know.

The ABC Studios project is described as a drama with musical elements — it will be set in the modern-day music biz — but it is not a rendition of the Andrew Lloyd Webber tuner that has been a legit B.O. dynamo worldwide for nearly 30 years.

Cherry and his team are tapping the original 1909 novel by Gaston Leroux, which has been adapted many times by Hollywood, most famously in the 1925 Lon Chaney starrer. Plot involves a ghost who haunts an opera house and helps a budding singer before jealousy  gets the better of him.

The ABC rendition is billed as revolving around the cutthroat world of the music biz and will incorporate musical moments into story lines in the same vein as the ABC drama “Nashville.”

This new Phantom isn’t really my bag of chips, but I can appreciate where they’re going with it. It’s not like the book or the musical are devoid of backstabbery and high drama. (Magical. Lasso.) Christine Daaé and Raoul would be absolutely at home in Nashville or Smash, and you know it. Let’s not even discuss Carlotta.

Screw all this, I’m going to go catch up on Penny Dreadful.