Today In Science: A "Gamergate" Is a Type Of Female Ant | The Mary Sue

Today In Science: A “Gamergate” Is a Type Of Female Ant

It's about ethics! *sucking probiscus sounds* 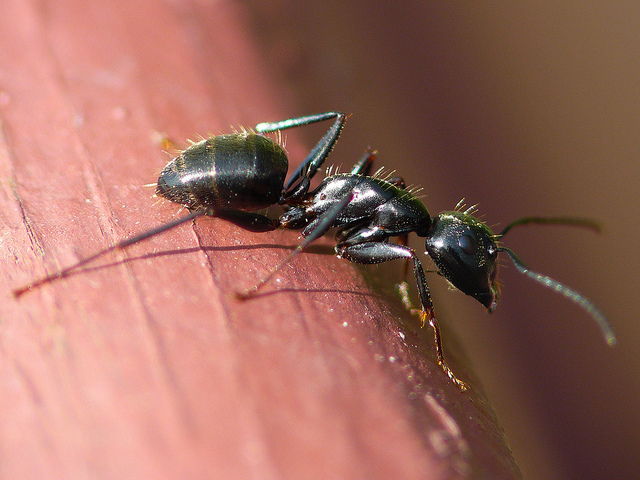 Much like the good people at the ten-year old online game retail website, Gamersgate, we would like you to know that there are unfortunate and blameless casualties in this so-called “war” against corruption in journalism—you know, other than the women and people of color in the gaming industry who are routinely doxxed or harassed by those who support GG. No, we’re talking about the noble and powerful gamergate ant.

First, as a bit of background, let’s dig into the basic structure of most ant colonies. As we all know from that CGI movie about ants that came out, like, a minute before A Bug’s Life did, there is usually a “queen” whose sole job is to reproduce as much as possible to populate the colony. In some colonies of ants that do not reproduce sexually, all of the workers born of the queen (which is every single one, mind you) are female; in some other colonies, queens will fly from their nest to establish a new colony and mate with a male ant from another nest, who then dies. Sometimes a queen will also give birth to other queens just in case she dies, and the workers cull the excess until there is only one queen left—unless, of course, they accidentally kill all of them, in which case the entire colony dies. Basically, being an ant is a rough life.

But! Not all colonies have a queen: in fact, there are a few hundred or species so which operate just fine without them. They do this through—you guessed it—gamergate ants. These female worker ants (and by the way, the word “gamergate” comes from the Greek for “married worker”) are able to reproduce with mature male ants in their colonies, but can also continue to perform labor for the colony if they aren’t reproducing. Their lifespans are also shorter than that of a standard queen, but they are much more easily replaceable by other members of the colony.

The most fascinating of all of these species is the Harpegnathos saltator, or the Indian jumping ant. Their colonies usually have a queen, but when she dies, female workers fight for dominance until a cadre of 12 reproductively viable ants become the new warrior queens of the colony. It looks kind of like this:

Impressively, no actual injury is done to any of the ants who fight one another for dominance in these duels, so it’s very much unlike the online #Gamergate in that regard. The female ants also undergo massive physical change during this process; their life expectancy more than doubles, their ovaries expand to fill their abdomens, and their brains shrink by about 25%—so sort of like the online Gamergate there. Zing!

And there you have it! Now you know all about gamergates. For a fun social experiment, try posting this article to Twitter with the hashtag #Gamergate and see just exactly how many random users but in to tell you how one-sided and corrupt it is. We bet it’ll go something like this:

Operation Reply To All Gamergaters With Gifs From The Movie Antz #gamergatesareants pic.twitter.com/ZGeqDC8jWI