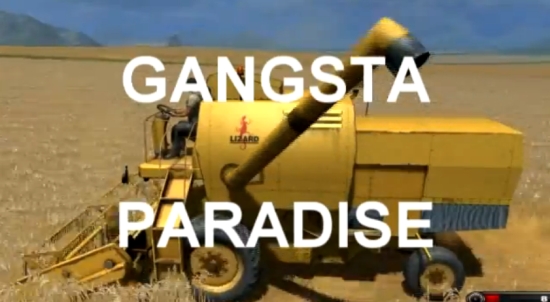 Farming Simulator is a video game that does exactly what it sounds like: It lets you simulate farming. There’s honestly not a whole lot more to say about it, other than it certainly has a small but devoted following. I’m not one of those people, but I do have a special place in my heart for the game. Why? For one reason and one reason only, and the news that Farming Simulator‘s coming to consoles allows me to share that with all of you.

This video from YouTube user SsethTzeentach makes the entire franchise’s existence worthwhile. There’s no way to accurately explain what’s going on in it beyond the fact that it contains some sweet dubstep beats.

The console version is set to drop in September for both PlayStation 3 and Xbox 360, if it’s something that interests you. If it’s not, well, at least we’ll always have the above video.