As Bill Cosby’s Trial Begins, Let’s Remember That Rape Should Not Have a Statute of Limitations 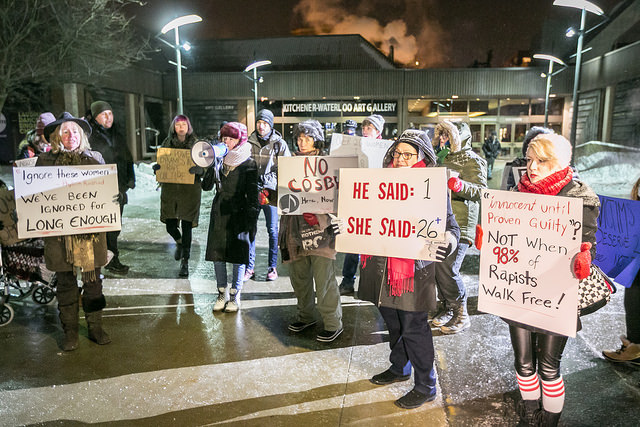 Bill Cosby’s trial began this morning after at least 60 women have come forward over the last few years to accuse him of rape and sexual assault. But Cosby isn’t on trial for the dozens of crimes he allegedly committed. He’s on trial for one. Despite the mountain of accusations, the only crime being addressed in court is the “aggravated indecent assault” of one woman, Andrea Constand.

So this feels like a pretty good time to remember: the idea of a statute of limitations on rape is bullshit.

There are innumerable reasons why many women don’t report sexual assault. From shame to financial burdens to fear of retaliation to a common belief (based on statistics along with heaps and heaps and heaps of anecdotal evidence) that the police and legal system won’t actually do anything, not every woman is willing to put herself through the ordeal of reporting, let alone prosecution.

Add to that the unequal balance of power when the accused is a legend in his field, a possible mentor figure and gatekeeper to the accuser, and a much-beloved public figure. It’s not surprising that so many women, especially young, emotionally and professionally vulnerable women weren’t willing to come out with their stories until decades and passed and others were beginning to do the same. There’s definite safety in numbers, as in the passage of time.

But let’s also not forget about all the women who did come forward and report their assault. Like Constand herself, who did report the assault to Canadian police in 2005, the year after the incident. Constand is Canadian, but the assault happened in Pennsylvania, and the District Attorney declined to prosecute, apparently pushing her toward a civil suit. That suit named twelve other accusing “Jane Does” and was settled in 2006. And she’s only one of more than a dozen women who have filed suits against Cosby over the years. Even more spoke up and were ignored or condemned. And we can see just how well they were treated, both by Cosby’s lawyers and the general public. Can we blame any of the women who suffered in silence until it was legally too late to come forward?

A statute of limitations only ever works in the favor of the abuser. Even if a woman does take legal action and file a lawsuit, if the defendant can find ways to deflect, it’s possible to wait out that clock. Just look at Julian Assange, who hid out in the Ecuadorian Embassy for five years. He was halfway to beating the statute of limitations on his sexual assault charges. If someone avoids arrest (or intimidates his victims into staying silent) for a decade or so, it’s an injustice to the victim that they then become untouchable.

If Bill Cosby is found guilty, his charge carries a sentence of up to 10 years. At his age, that may well be a life sentence, but that’s not the same as allowing 60 women to get their own personal justice, as each of them deserves.