Feminism Around the World: Little Hope For Justice In 2,000 Allegations of Sexual Abuse Against UN Peacekeepers 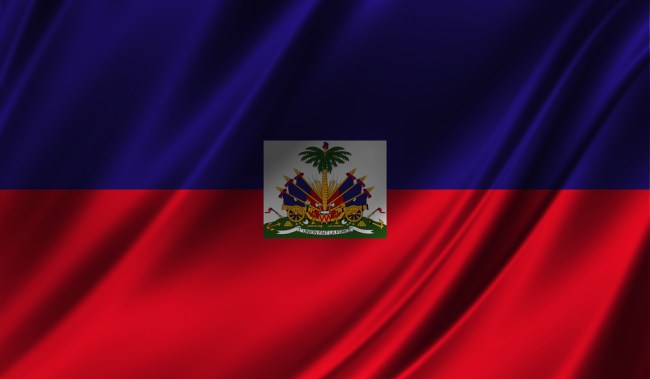 HAITI: Little Hope For Justice In 2,000 Allegations of Sexual Abuse Against UN Peacekeepers

There are times when the United Nations, as an organization, seems powerful. And there are other times when the entire thing seems like a waste of time. In the case of these 2,000 allegations of sexual abuse committed by U.N. peacekeepers, it seems to be one of those times.

The Associated Press recently did an investigation into sexual abuse allegations against various U.N. peacekeeping forces stations in several countries. In Haiti, peacekeepers from Sri Lanka wanted sex from girls and boys as young as 12, taking advantage of their youth and poverty and bribing them with cash and cookies for their “services.” A young girl known only as VO1 (“Victim No. 1”) told the AP that she told “U.N. investigators that over the next three years, from ages 12 to 15, she had sex with nearly 50 peacekeepers, including a ‘Commandant’ who gave her 75 cents.”

134+ Sri Lankan peacekeepers exploited children in a sex ring between 2004 to 2007, according to an internal U.N. report obtained by the AP. 114 peacekeepers were sent home, but none were ever imprisoned.

According to the AP:

“In March, U.N. Secretary-General Antonio Guterres announced new measures to tackle sexual abuse and exploitation by U.N. peacekeepers and other personnel. But the proclamation had a depressingly familiar ring: More than a decade ago, the United Nations commissioned a report that promised to do much the same thing, yet most of the reforms never materialized.

For a full two years after those promises were made, the children in Haiti were passed around from soldier to soldier. And in the years since, peacekeepers have been accused of sexual abuse the world over.”

It seems that peacekeepers from several nations have made Haiti their perverted playground. In 2011, peacekeepers from Uruguay allegedly gang-raped a Haitian teenager and filmed it on their phones. However, four of the five Uruguayans were convicted in their home country of “private violence,” a lesser charge than sexual assault, and the government insisted that it was a “prank gone wrong” and that no rape occurred.

In 2012, three Pakistani peacekeepers that were in the U.N.’s police units in Haiti allegedly raped a mentally disabled 13-year-old boy in the city of Gonaives.

The U.N. tried to investigate, but the Pakistanis abducted the boy to keep him from testifying. The peacekeepers were eventually tried in a Pakistani military tribunal, and sent back to Pakistan. The tribunal could have allowed for better access to witnesses, but it’s not clear whether any were called. The Pakistani authorities also refused to allow the U.N. to observe the tribunal. In the end, one man was sent to prison for a year.

The U.N. has been investigating peacekeepers from over 23 member nations stationed all over the world that have allegedly done similar horrific things. But here’s the problem: the U.N. doesn’t have jurisdiction over peacekeepers. Each force is under the jurisdiction of their member nation, so any punishment has to come from individual countries. Legally, the U.N.’s hands are tied.

Until individual member nations take responsibility for the peacekeepers they send to vulnerable places around the world, or until the United Nations changes its charter to allow more jurisdiction over its own peacekeeping force, it seems there’s little hope for justice for poverty-stricken girls and boys forced into sex work all over the world by the very people who are supposed to be “keeping the peace.”

(via The AP, image: Millenius/Shutterstock)