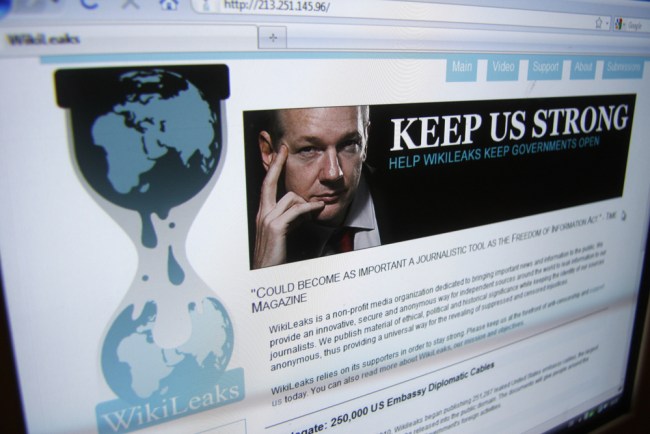 The crafting of headlines is a difficult thing. I know that as well as anyone, from the many times I’ve been yelled at online for not including some angle in my own, despite it inevitably being a major part of the article. It’s impossible to include all nuances in headlines–for clarity and character count, a lot has to be left out. So while I hate to nitpick at headline coverage of one of today’s big stories, I have to say I’m really tired of seeing the way the development in Julian Assange’s rape charges are being discussed:

Again, I know headlines, by their nature, can’t contain every bit of information in the article. But saying the charges were dropped–while factually accurate–has connotations that imply Assange was exonerated, either because of innocence or lack of evidence. And that’s not the case.

Sweden drops rape charges against Julian Assange — but not because they think he’s innocent https://t.co/VRjm2cvekL

Assange–the co-founder of Wikileaks–has spent the last five years living in the Ecuadorian Embassy in London to shield himself against possible extradition to the U.S., where he’s under investigation for the leaking of thousands of classified documents, as well as to Sweden, where he’s wanted for rape.

Detained for 7 years without charge by while my children grew up and my name was slandered. I do not forgive or forget.

Yeah, Assange calls it being “detained.” Most of us would call it “hiding from rape charges.”

@JulianAssange …. does hiding in embassies now count as being “detained”? Wow, I must look up this definition again…

Julian Assange was not detained for 7 years. He voluntarily chose to hide in the Ecuadorian embassy rather than stand trial https://t.co/BgVzjstRxM

Poor Julian Assange. Forced to hide from a rape investigation until it couldn’t be continued.

Does life get any tougher?

In 2010, two women filed charges against Assange. (Content warning for details of sexual assault.) In one case, the woman had organized Assange’s trip to Sweden for a speaking engagement. The two were having tea when he began undressing her. She told police she had wanted to end the encounter “but that it was too late to stop Assange as she had gone along with it so far.” She then tried to make him use a condom, and he allegedly deliberately tore it. (You know, that thing horrible people like to call “stealthing” that’s really just rape.) She described the sex as “violent” to a friend.

The second woman, who attended the event, reportedly had sex with Assange once after insisting he use a condom (which he did “unwillingly”), and later woke up to him having sex with her without a condom.

Assange hid for five years, long enough for his arrest warrant to expire. Swedish prosecutors had to decide whether they would let it lapse or choose to renew it. They chose the former, but to merely say the charges were “dropped” is doing a huge disservice to the facts. (Worse, some of those articles up there don’t even make that clear in the body itself.) Marianne Ny, the lead Swedish prosecutor, told reporters Friday that she “can conclude, based on the evidence, that probable cause for this crime still exists.”

Those charges were “dropped” like Assange was “detained.” His arrest warrant expired. It’s very different. You might call that semantics, but that’s what a journalist’s job is.

At least London’s Metropolitan Police aren’t going to let Assange leave that embassy any time soon. They said in a statement that he “remains wanted for a much less serious offense.” In 2012, he failed to show up for a court hearing related to the rape charges, and could be arrested for that, at least until the statute of limitations runs out in another five years.

There are many, many people who don’t want Assange to be arrested, for fear that that would mean he could be extradited to the U.S. and arrested for what they see as mere truth-telling. But even if you’re one of those who sees Assange as a hero for his Wikileaks work (because, sure, but her emails), you don’t have to manufacture a relief or acceptance that two alleged rape victims don’t deserve their shot at a fair trial.