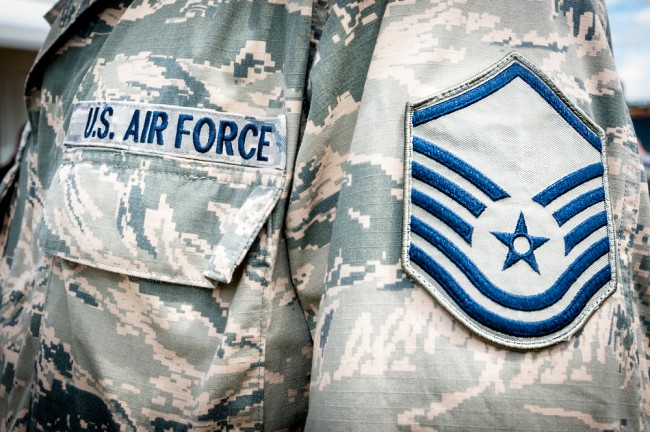 Like most youth, Ciera Bridges felt lost. Unsure of the type of career she wanted to pursue, she decided to join the military in hopes of gaining long-term work experience. She decided that the Air Force was a good fit for her because her father is an Air Force veteran, so this connection helped to reinforce her decision. Ciera was sworn into the military, and On May 20 2008, she started basic training.

She and I attended basic training at the same time, but in different squadrons. Ciera and I did not officially meet until our job training took place six weeks later. We clicked immediately and became fast friends. After three months of on-the-job training, we found out we would be going to the same duty station, in Osan, South Korea, for one year. We continued our friendship throughout the year, but we knew once the year was up, we would have to go our own way. Things went well for both of us in Korea. I could see that Ciera genuinely enjoyed her time there. It wasn’t until she finished her year in Korea that the problems began.

In December 2009, Ciera arrived at her new duty station: Nellis Air Force Base in southern Nevada during the week of Christmas (while I traveled to South Germany for two years). Immediately, she was thrown into the thick of things without much time to adjust. The squadron Christmas party was right around the corner, and Ciera was looking forward to meeting her colleagues there. She met the individuals she would be working with directly. I received an email from Ciera detailing her excitement about being at her new duty station.

When Ciera first met the men who would eventually become her harassers, they appeared like welcoming individuals who were ready to help her adjust to life on the base, but things began to get uncomfortable very quickly. It started with sexual “joke” comments about her breasts or buttocks. As a new airman, Ciera let it go because she didn’t want to create a stir. She had no idea it would eventually escalate to physical harassment.

It got to a point where, if Ciera was bending over or sitting at her desk, one of the sergeants she worked with would “accidentally” brush their groin against her body. The last straw before she reported these incidents was when Ciera received pictures of genitalia from one of the male sergeants in her office.

She was not afraid to speak up, really. Having had enough, she reported the various incidents to her supervisor. There are different avenues one can take to report harassment. One way is through contacting a Sexual Assault Response Coordinator (SARC) and choosing to document an incident. You can either remain anonymous, or the coordinators will help you follow through on a formal complaint. An Inspector General (IG) complaint is also another way to report events that happen in the military workplace. The IG will investigate each situation to the fullest extent and declare if charges should be filed.

Ciera thought she could rely on her supervisor to handle the situation, or at least guide her in the right direction. That was not the case, and the harassment continued to worsen. In one particularly disturbing incident, Ciera recalls being isolated by one of the Staff Sergeants, held down against her will while the sergeant masturbated and ejaculated on her uniform.

After filing multiple complaints of the various incidents to her supervisor, she sought the help of a military lawyer. They advised her to file complaints outside of her direct chain of command. With each tier of supervision, nothing was accomplished. There were constant promises of change, but nothing happened. Having gone outside of her chain, filed an inspection general (IG) report, and spoken to the squadron commander, Ciera began to feel victimized by her entire squadron. She grew depressed and felt isolated but refused to give up. She began to get louder and more vocal while still having to work alongside all three of her perpetrators. Ciera became aware that rumors were spreading about her, co-workers that weren’t involved in this situation began choosing sides, and it became too much for her to handle. She broke down and went to her parents for advice. They advised her to escalate things beyond the military.

Ciera was still enlisted in the military, so her parents took matters into their own hands and decided to write letters to their senators and reached out to the local media for help to bring awareness to Ciera’s situation. In addition, Ciera’s military lawyer contacted the Protect Our Defender’s organization to assist her.

When the media caught wind of the situation, Ciera’s face began to appear on local news television and in newspapers. One such publication that the Air Force pays particular attention to is the Air Force Times. Soon after, things began to change for Ciera. She was finally transferred to another work center, and people were finally starting to listen, but by that time, it was too late. Ciera had been demoted, due to her drop in work ethic, and she was threatened with a general discharge by her squadron commander. The Air Force was seeking ways to get rid of Ciera, because she refused to be quiet.

Ultimately, she was given a medical retirement with an honorable discharge. Since her discharge in 2014, Ciera has dealt with heavy depression and other medical issues, but the struggle continues as she is still fighting for some benefits owed to her that were initially denied based on her discharge.

Ciera has partnered with Protect Our Defenders to help spread the word about sexual assault in the military and give others courage to come forward. P.O.D truly addresses the issue of rape and harassment in the military and honors the voice of survivors. They have done extensive research into the problem and have come up with some startling results.

20,300 service members were sexually assaulted in 2014. 76% of male and 56% of female victims were assaulted at least twice, resulting in over 47,000 assaults against service members. 1 in 7 victims was assaulted by someone in their chain of command.

The retaliation rate remains the same as 2012: 62% of victims who reported sexual assault still faced retaliation.

Survivors, understandably, don’t trust the system: 86% of them did not report the crime in 2014. One in 3 still believed that reporting would hurt their career, the process would be unfair, or that nothing would be done. One in 4 feared retaliation from their chain of command or co-workers.

Protect Our Defenders has helped Ciera gain a bit of her confidence back. They allowed her to travel to the state building to present her case on why military sexual assault cases should shifted from the chain of command to a third party source. When congress voted against this, Ciera had some choice words for how the Air Force and Congress is currently handling the problem of rape and sexual assault in the military. She told me,

I think the best solution is for all cases to be taken out of the victim’s chain of command. A new agency within all branches should be created. There are inter-branch agencies for victims (In the Air Force it is Sexual Assault Response Coordinators–SARC). Why continue to have the agencies that are supposed to help victims like myself under the same chain of command as the individuals trying to get rid of you?! This system seems untrustworthy.

I feel both are putting small band-aid on full blown open wounds. The Air Force refuses to acknowledge that they have quite a few bad apples and that sexual harassment and sexual assault is very much a taboo subject that no one wants to deal with…so how do they make it go away? Get rid of the victim but keep the perpetrators. They can’t fix us, we’re clearly damaged and no longer worth any value. But the perpetrators can still be of use.

The story of Ciera Bridges is not uncommon. The sad part is this is becoming more of the norm in the military. The statistics for 2016 aren’t available yet, but according to CNN, 2015 saw a significant decrease in the military sexual assault by 27 percent. However, the percentage of victims that have experienced retaliation for reporting their assault has not changed.

While it’s good to know more women and men are coming forward to their supervisors to report their abuse, the “good ol’ boy” mentality and fear of retaliation still creates a sense of fear among survivors. Military leadership claims to listening, but are they really listening? Thank goodness for people like Ciera who are able to come forward. May her story inspire others to tell theirs.

Valerie Complex is a freelance writer, and professional nerd. As a lover of Japanese animation, and all things film, she is passionate about diversity across all entertainment mediums. Find her on Twitter at@valeriecomplex.