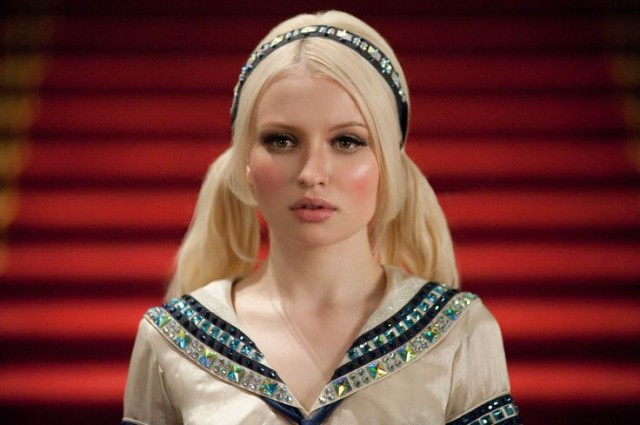 Emily Browning, whom you may know as Babydoll in Sucker Punch or Violet in A Series of Unfortunate Events, will be joining Ricky Whittle’s Shadow and Ian McShane’s Mr. Wednesday in the highly-anticipated project.

Browning definitely has some solid acting chops, and now that she’s a little older, it’ll be interesting to see what she brings to the table as Laura, who arguably has one of the most compelling stories in the novel. Gaiman, who seems thrilled with every choice made on American Gods so far is no less enthusiastic about Browning joining the cast. The Hollywood Reporter quotes the author as saying:

I’ve been fascinated by Emily Browning since A Series of Unfortunate Events. She has a challenge ahead of her: Laura is a tricky character, and the Laura on the screen is even trickier and more dangerous than the one on the page. She’s going to have a wonderful time bringing Laura to life.

What’s funny is that – don’t kill me – American Gods is not my favorite Gaiman novel. But I’m really looking forward to the television adaptation. This may be one of those rare instances for me where I prefer the adaptation to the source material.

I think I’m as enthusiastic as Gaiman is for how this show, which starts filming next month, is turning out! Now, I just need someone to get on an Anansi Boys show (which is one of my favorite Gaiman novels) – preferably starring Idris Elba and Chiwetel Ejiofor. AMC? Wanna get on that?

Anyway, what do you think about Browning joining the show? Any other roles you’re looking forward to hearing casting news about? Let us know below!

(via Tor.com, image via Warner Bros.)