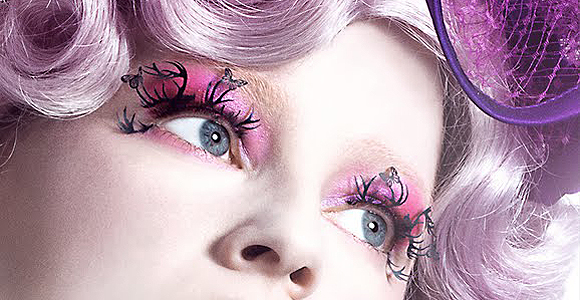 The Capitol has just announced the new face of The Hunger Games nail polish. It’s none other than District 12 escort, Effie Trinket! Hit the jump for the ad campaign reveal.

This. Is. Gorgeous. Butterflies on tree branches as eyelashes. Only Effie. 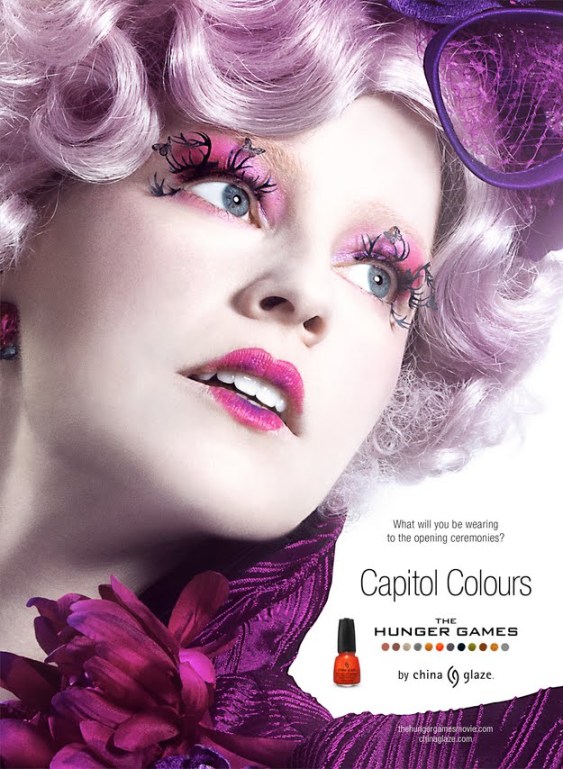 Of course this is actress Elizabeth Banks modeling as Effie from The Hunger Games but we love how she’s the “face” of China Glaze’s new collection and that they’re making the whole thing extra story-themed. According to the release, “The 12 polishes are each inspired by one of the 12 districts – allowing citizens to show their solidarity and support for a favorite tribute by wearing the color associated with their district.”

Here’s a better image of the colors themselves: 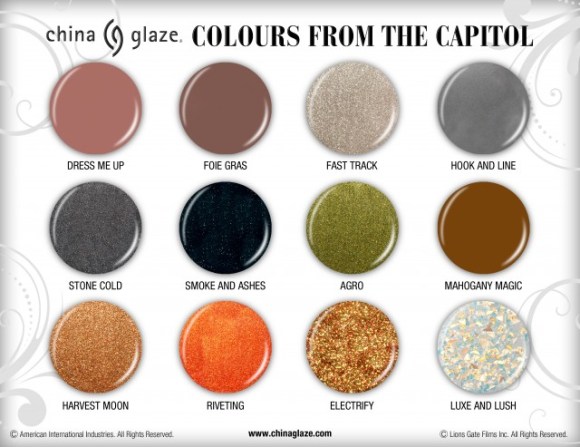 The news also says to “expect news updates from the Capitol as they continue to roll out additional promotions in the coming weeks leading up to the Games on March 23.” The collection will be available in stores on March 1, 2012.

So, what will you be wearing to the opening ceremonies?