Editors' Picks 2/15: The Things of Vodka Fatherhood | The Mary Sue 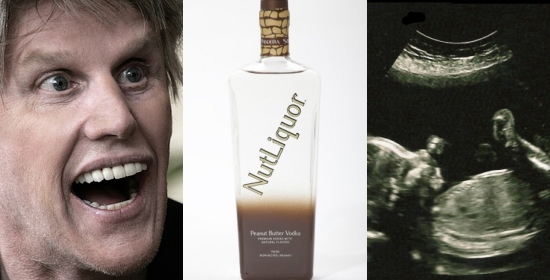 This week in Editors’ Picks: Rollin gets materialistic, Ian drinks more, and Glen celebrates the birth of his child.

Next week will mark the first full week for me in the greater New York City area after spending two weeks in the heart of Kentuckiana. I love my folks, and I love my friends still in the area, but I also certainly love the comforts of home. As much as it might just be a single bedroom attached to a common area and a kitchen, my current place of living is home.

It’s where all my stuff and things are. When I feel the need to change clothes, they’re all right there. I don’t have to be concerned about packing it all up for a trip across the country. When I want to play a video game, or watch a movie, I just do. There’s really nothing more to it than that.

Some might call this materialistic, but it’s just comforting to know all of the things I could want to do are possible. It’s also nice to sleep in the bed I’ve slept in since moving again. I’ve gotten used to it by now.

I’m a man who enjoys a fine tipple just as much as the next guy, and probably a little more. While I’m a bourbon drinker by both birth and training, of late, I’ve been moving to the crisp, clean taste of vodka, as a way to try desperately to coax spring into existence. Because the sooner one starts acting like it’s time for summer drinks, the sooner it will be time for summer drinks. Yes, I know that’s not how things work, but it certainly couldn’t hurt, and mixes up my drinking schedule in a most pleasant fashion.

I’ll probably always be a bourbon drinker at heart. It’s just got more character than even a very fine vodka, the charm of which lies in it’s inoffensive nature, and it thus somewhat limited. Still, I’m turning into one heck of a fan of an ice-cold vodka and seltzer, with perhaps a squeeze of lemon for good measure. It’s especially nice on a warm day, or even just a day when the heat in your apartment is up far, far too high. And like I said, I feel like the power of positive drinking might help move us along from winter into spring, and I’m at least willing to take the shot. And probably another one for the road.

So far, I’ve been favoring a Polish potato vodka, Luksusowa, but I’m something of a neophyte when it comes to selecting a good sipping vodka. Any suggestions as to a good brand to give a try are super-appreciated, of course, though flavored vodka suggestions need not apply. After all, I have my standards.

My daughter Amelia was born on Sunday, and I’m really rather pleased with the whole situation. Thanks, everyone, for the congratulations in the comments section on my post about her name. It really meant a lot to my wife and myself.

Amelia was six days late, picked an inconvenient time to arrive, and took her sweet time doing so. I’ve not slept for more than forty-five minutes at a time in almost a week, and I’ve really had to step up and help more around the house, which I hate. I am physically, mentally, and emotionally exhausted. By all accounts I should be miserable, but I’m not. I love this.

For an hour and a half in the middle of last night my daughter wouldn’t let me put her down after changing her. As long as I held her, she was perfectly content to sleep silently, but as soon as I put her down in her crib she would cry. For an hour and a half, I sat there in the rocking chair in her nursery playing chess on my phone while I quietly explained how the game works to a three-day-old baby.

After writing all day today, I’m exhausted, and I would love to go sleep, but I’d love even more to go hold my daughter and try to explain something else to her.

Being a dad is great.