Actually, That Picture of Earth Isn’t the Largest Ever Taken, but is Still Humongous and Gorgeous 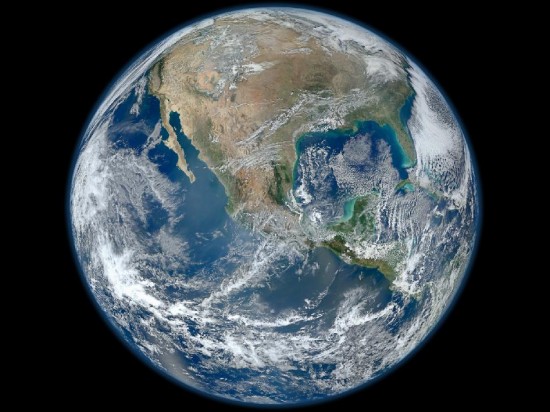 Kuring says he is surprised the image has gone viral, and explains that he thinks certain media outlets have been representing the image as the largest of Earth simply because they are not used to seeing such a huge image, which measures in at a hefty 8,000 by 8,000 pixels. Kuring explains that there have been higher sensing instruments around for years.

Kuring’s image was made by using the Visible Infrared Imager Radiometer Suite (VIIRS), which happens to be on a satellite 512 miles above Earth. VIIRS isn’t actually a camera, though, but contains a scanning telescope that compares the light of the sun hitting Earth with the light coming back to the telescope. From that information, Kuring used some code that could translate said information into the picture that’s been floating around. VIIRS only scans a piece of Earth at a time, so the different segments had to be pieced together to form the above image.

Interestingly, if you’re wondering how VIIRS was able to record various segments of Earth based on how the sunlight hits it and notice that the image is well-lit and contains no nighttime areas, that is because VIIRS is set in synchronous orbit with the sun. So, it’s not the largest image of Earth, but hey, it’s still pretty.