Disk Galaxy Seen From the Side Looks Ultra-Thin 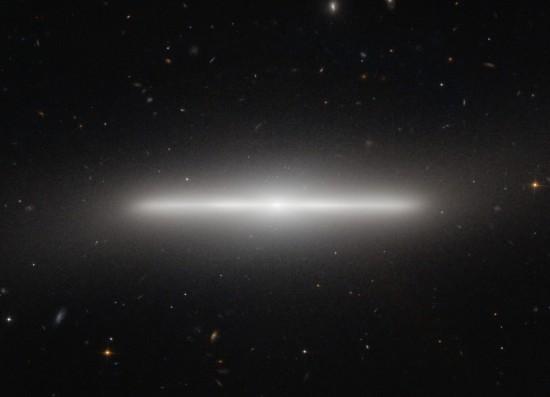 It might not look it, but that line in space is 35,000 light years across and contains billions of stars. It’s the disk galaxy NGC 4452, which is part of the Virgo Cluster of galaxies, as photographed by the Hubble Space Telescope “almost perfectly edge on.” Galaxies may be massive, but it’s “relatively common” for them to be aligned along planes, giving them an ultra-thin appearance; NASA says that our own Milky Way galaxy, which is a barred spiral galaxy, is this thin.