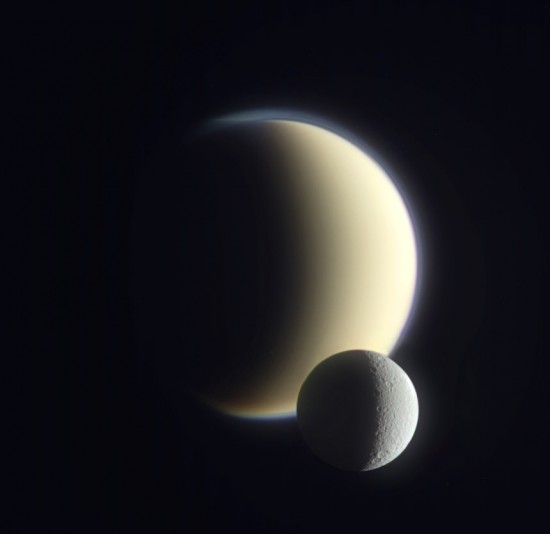 This spectacular view of Saturn’s moon Titan, and its little sister Dione, was captured this week by NASA’s Cassini probe. Assembled by photographer Jason Major, the image shows off the ethereal glow of Titan’s super-thick atmosphere. Space is so cool, guys.