We apologize in advance for the nightmares you'll probably have tonight. 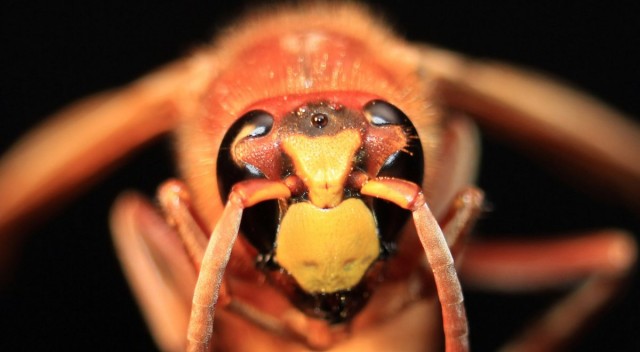 Wasps are basically tiny little nightmares when they’re just doing regular wasp stuff, but the idea of a bunch of wasps getting drunk and looking for a fight is some next-level terror. The British Red Cross is warning citizens of the increased danger from drunk wasps, and the problem basically stems from unemployment.

I guess it was a good year for wasps, because as winter approaches, wasp queens are already fully stocked with nectar and other wasp-stuff they need for the coming months. That means the workers who normally collect that nectar have nothing to do. These out of work layabouts get bored, so they binge on fermented fruit that gets them drunk. Aw, they think they’re people!

Lest you think a drunk wasp will just tell you what a great friend you are, get a little handsy, or try to get you to start a band with it, drunk wasps are mean wasps, so look out. They’re more likely to sting than their teetotalling counterparts.

Science needs to engineer some kind of wasp Carrie Nation to get in there and start Wasp Prohibition or we’re all doomed.