Animals Are Drugging Themselves Way More Than We Thought 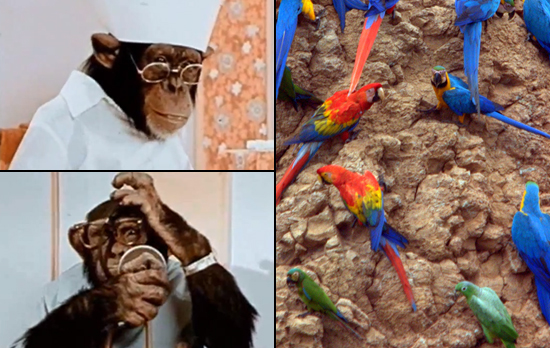 Sometimes animals don’t need you and your fancy pills. They can get their own meds, thank you very much. It’s a phenomenon called zoopharmacognosy, and it’s a known thing. A chimp might eat a vomit-inducing plant to purge his system of parasites, or a parrot might eat clay to help with digestion. But the practice of animal self-medication may be far more widespread than we ever knew, says a new study at the University of Michigan.

It’s not like they’ve been making the same, innate medical choices all this time, either. Another recent study suggested that some birds were snatching cigarette butts — which were high in nicotine — and adding them to their nests, which in turn minimized mite infestations. That’s animals using our stuff.

One of the authors of the study, published this week in the journal Science, is Mark Hunter. A professor in UM’s Department of Ecology and Evolutionary Biology, he said:

In particular, the discovery that animals are medicating their offspring — not just themselves — is especially enlightening, and it’s the crux of Hunter’s study. Germaphobic wood ants, for example, use antimicrobial resin from certain trees in their nests. Or monarch butterflies infected with parasites often lay their eggs on anti-parasitic milkwood to protect their offspring from the same fate. 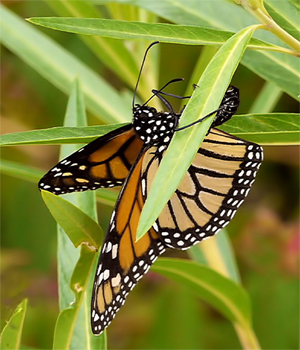 "Son, I want you to have all the opportunities -- by which I mean anti-parasitic drugs -- that I never had."

So now that we know this is going on more, what does it mean?

For one, Hunter thinks we should “de-emphasize the ‘self’ in self-medication,” since animals are medicating others. He said:

“Perhaps the biggest surprise for us was that animals like fruit flies and butterflies can choose food for their offspring that minimizes the impacts of disease in the next generation. There are strong parallels with the emerging field of epigenetics in humans, where we now understand that dietary choices made by parents influence the long-term health of their children.

Hunter and his colleagues think that animal medication has a serious impact in the evolution of host-parasite interactions.

When it reduces the health of parasites, there’ll be noticeable effects on parasite transmission or virulence. Which makes sense. So if, say, gypsy moth caterpillars are fed plants that reduce virus transmission, then there’ll be more moths outbreaks. Is this good or bad? No one’s saying yet, but it could have a butterfly effect (pun only vaguely intended) on whole ecologies.

Then there’s the more immediate issue of human food production. If humans do things that interfere with animals medicating, we could up the likelihood of disease in agricultural organisms with unforeseen consequences, hindering some species ability to survive or making others more fit by making their medicines more easily available.