Whether or Not Destiel Reset the 2020 Timeline, Here’s Why It Matters 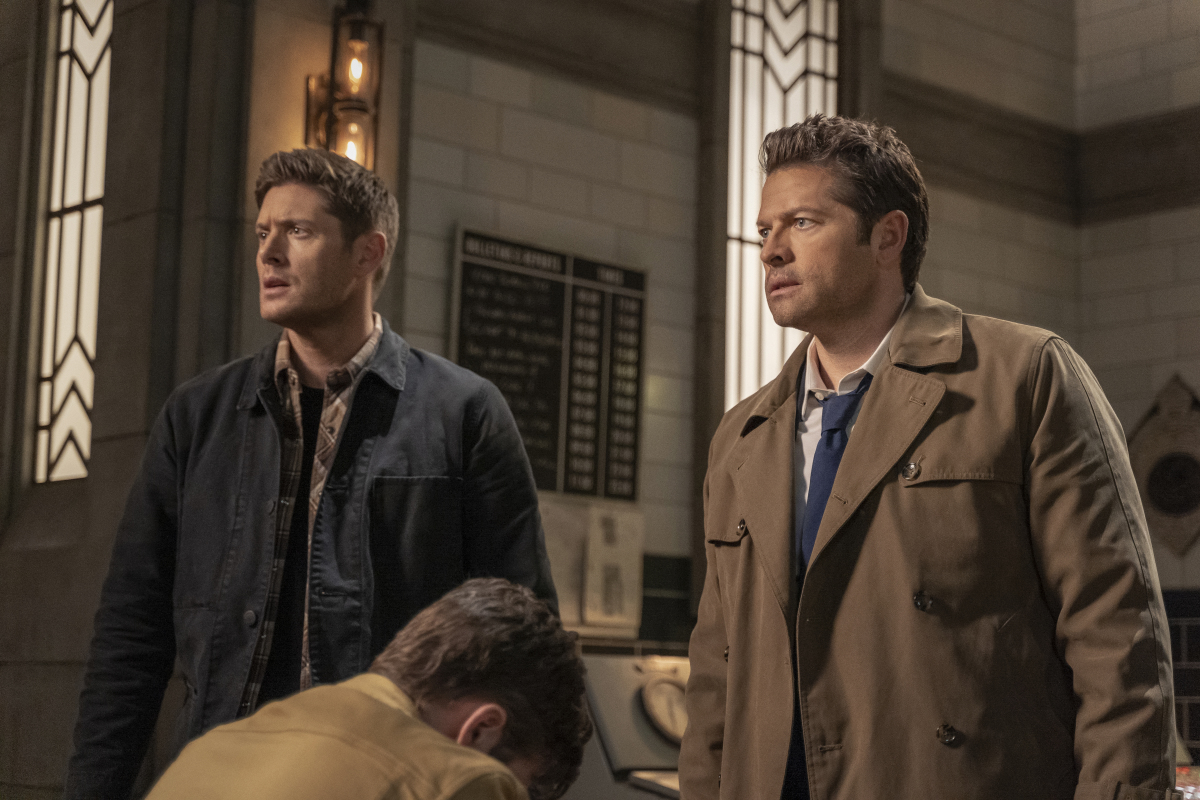 I’m sorry, did you think I was done talking about Castiel confessing his love of Dean on last week’s Supernatural? Oh no. I have been shipping these two morons since 2012, so I may never shut up. And the fact that Destiel happened mere hours before Joe Biden took the lead in Georgia? Well, I’m just saying … it is entirely possible that Destiel saved 2020 and reset the timeline.

Think about it. Donald Trump officially lost. We’ve gotten progress on a COVID vaccine. Several more members of Trump’s cadre of incompetents have contracted the virus causing the very pandemic they’ve exacerbated. We got to watch Rudy Giuliani rant his conspiracy theories at a venue so comedically appropriate that it exceeds all fictional parody.

Trump is probably screaming at everyone, including Jared and Ivanka, and it all happened after Destiel went canon. This episode was initially supposed to air in May, but I think fate delayed it because she knew we’d need this victory to break the curse of 2020 and defeat Trump. Honestly, it makes as much sense as anything else.

While Destiel may or may not have saved democracy (it did) the thing it did save? Supernatural. Making the most popular ship on the internet canon cements Supernatural’s legacy and matters to fans in an incredibly important way, and I don’t think people who aren’t deep in this wild fandom quite get why.

So, I want to make it clear to everyone who’s suddenly back in the discourse after years of sneering at the show: This is a win. Fans have been lobbying for Destiel for over a decade. In the past, when Destiel was even mentioned and nodded to by the show once in a while, even as a joke, it meant something to fans. Every time actors mentioned it or even dismissed it, it sent the fandom into a tailspin. The number of ups and downs and wars that have been fought online over this ship is incalculable. And just like moments last week in the election, this was a battle we knew we should win because it was just but the structures we were fighting against might not allow it.

This win came despite hundreds of episodes steeped in old-school thinking. The television environment in which Supernatural began was so incredibly different than what we have now, and the weight of that can’t be overstated. Lost had only been on for a season. Bush was still president, thanks in part to the boogeyman of gay marriage. To get to an onscreen, romantic “I love you” for this ship is a big freaking deal. Making this happen was, you use a different kind of ship term, like turning the Titanic. There’s a reason people (me included!) had given up on romance for Dean and Cas, because the inertia of it all seemed insurmountable.

To casual fans or observers, this may seem like a sudden reveal, but for those of us who have been in this forever, it’s really not. It’s confirmation by the show of something nearly everyone watching closely has seen. And yes, before you go off in the comments, it was romantic. At a virtual convention this weekend, Misha Collins confirmed it. But romantic love, even just on one side of this ship, wasn’t new. It was the writers confirming something fandom had seen for, and I cannot stress this enough, OVER A DECADE.

It’s almost impossibly rare that a queer ship that was never intended to be seen this way goes from subtext to text. The fact that the writer of the episode, Robert Berens, is an out gay man who has written some of the greatest Destiel moments on the show matters, too. He and other writers have been hinting for years and finally got to go there. It means he saw what we saw and fought to make it part of the text of the show.We’ve been fighting to get this out of the subtext for a long time, and it’s quite clear that behind the scenes there was push as pull as well. And in the end, I think Supernatural decided they would take the heat for a buried gay rather than go down in history forever as the biggest and most frustrating queerbait of all time. And hey, we don’t know if Cas is going to stay dead. This is Supernatural, after all.

I’m not going to lie and say that Supernatural‘s issues with representation don’t exist. They very much do, but I think it’s also literally impossible to generalize about a show that has been on the air for 15 years. It hasn’t all been good, but one thing that has been true is that Supernatural has consistently gotten better. With new writers and new perspectives, this show has moved from something that was sexist and not terribly queer-friendly in early years to a pretty dang feminist show that canonized an incredibly popular ship and confirmed a character (Castiel) as queer that LGBTQIA fans have identified with since his first appearances on the show. That matters.

When Supernatural ends in 10 days, it will leave an incredible legacy. It’s always been a show that broke the fourth wall and engaged in an intimate, transformative, and sometimes even contentious relationship with its fans. But what happened last Thursday was seismic in terms of fandom and representation. This show has stayed on the air for a decade and a half thanks to fans, and many of those fans are queer and believed in romantic love of some kind between Cas and Dean, and for once, that faith was rewarded.

And when that happened? Again, I’m not saying Destiel saved the election, but maybe it’s just another thing—like the pandemic, toilet paper hoarding, and endless Tuesdays—that Supernatural predicted long ago …