In Which A Game Developer Actively Tries To Avoid Gendered Artwork 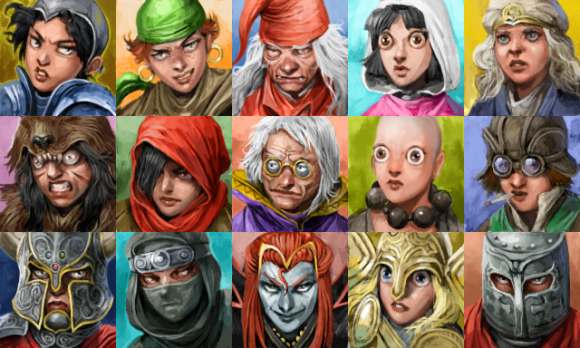 When development studio QCF started their beta build of Desktop Dungeons, they knew that their female characters needed some rethinking. The team’s awareness about female representation in games had grown since they began the project, and they were eager to incorporate that into their work. However, the reality of avoiding common pitfalls proved more challenging than they’d expected. As they put it, “Thinking about stuff was one matter, doing it was another.”

In a recent blog post, QCF provided some fascinating insights into their attempts to create a more egalitarian look for their game. Through what sounds like a lot of soul-searching and cultural unpacking, these devs decided on an atypical approach: Blur the binary.

It wasn’t good enough for us to simply react with deliberate ugliness or typically masculine factors – the idea was for Desktop Dungeons to remove the gender binary entirely instead of just making everyone a man. In de-emphasizing sex as much as possible, we hoped that players would be able to enjoy a more gender agnostic environment in general.

Shorthands for the feminine kept crawling into our work when we weren’t paying attention – smooth skin, homogenized facial structures, evidence of makeup, you name it. Even characters who we thought would easily sidestep trouble (like the female wizard) simply looked like young, pretty women in grunge costume rather than hardboiled dungeoneers. Portraits for some species went through several drafts just to deprogram our subconscious idea of what felt normal and right.

The result, judging by their artwork, is pretty darn cool. I see a varied bunch of professions and personalities, all of whom would look right at home in a monster-filled dungeon. I’m intrigued by them. I want to know their stories.

Though there’s good stuff at work here, QCF was also upfront about the areas that still needed improvement.

In some of the more egregious cases, time and pressure still had us throwing up our hands and going with what was easiest for us with slightly disappointing results … like bringing in an entire cast of female goblins relying on secondary markers like eyelashes and lipstick. We also messed up pretty badly by whitewashing our cast (with the occasional blue-skinned Bloodmage, but that doesn’t really count). And for the most part, enemy rosters and main story characters still reflect a heavy male bias.

Next time, they say, inclusion and intersectionality will be on the table from the get-go.

So no, it ain’t perfect, but I think it’s refreshing nonetheless. A small step forward is still a step forward, and I admire QCF not only for their positive accomplishments, but for their self-reflection on what could be better. Kudos.

Previously in Female Representation In Games