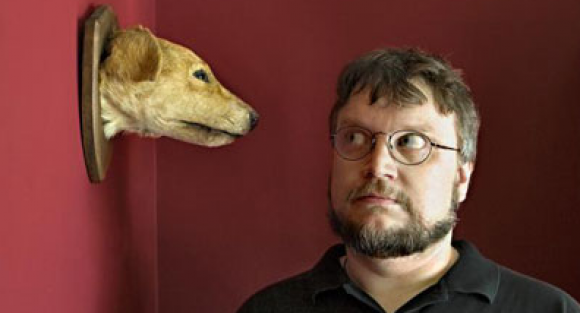 We’ve been talking about the Hulk live-action TV series ABC’s planning with Guillermo del Toro for, well, a while now. You know how these things are. Well, del Toro recently revealed some interesting tidbits about the development of that series. He also made us wonder what might have been, as he revealed that he considered directing both Thor and The Wolverine. Click through the jump to learn more.

It makes sense that del Toro and ABC are so wrapped up in getting a Hulk series off the ground (eventually); del Toro has a notorious thing for monsters, and ABC would probably really like a way to keep Hulk in the limelight and sell merch, especially with the obvious gangbuster success of The Avengers.

Still, it’s taken a while, as these things do, with talent coming to and leaving the project periodically. This time, del Toro told Collider that it’s a big-name writer they’re waiting on to come aboard:

I had one meeting with Marvel after Avengers and we had a very, very good chat.  We have a writer that we want to bring on board, a very, very concrete name.  I can’t reveal it, but we want to wait for that writer.  It’s a writer who is otherwise engaged.  So right now we are in a holding pattern until that writer becomes free.  Then we’re going to do a new draft of the script.

So new writer, new drafts, and basically: This thing needs to cook for a little while longer. We can only speculate so far on who this fancy new writer will be and where we know them from, but del Toro seems to believe they’re worth waiting for, so who are we to argue?

And on whether he’d do a superhero movie:

The thing is that I’m not a superhero guy.  I like monsters, and when the monster is a superhero, it’s a byproduct.  Like Hellboy, the Hulk, Man-Thing, Swamp Thing, Sandman, Constantine, Demon, Dr. Strange, Spectre, Deadman.  Those are the superheroes I followed as a kid religiously.  I loved when the superhero genre crosses with horror.  Morbius.  Those are the guys I gravitated towards.  Blade.  So for me, to be interested in doing a superhero movie, it would need to be on the dark side or a Jack Kirby property.  Kamandi, Demon, Mr. Miracle—I love any Kirby.

That didn’t stop him from going into talks to direct The Wolverine, however; del Toro also revealed to have met with Jim Gianopulos and Hugh Jackman when 20th Century Fox was putting together the team for the film. He also considered directing Thor (emphasis ours):

I came very close to doing Thor because I really wanted to bring the Norse mythology… It’s something I’m very attracted to.  Create the giants and create the more fantastical version of that.  But it’s not like I have many meetings with studios discussing superhero movies.  They come to me.  Normally I pass, respectfully or not.  They like it, that we have a very quick response.  I was very attracted to doing The Wolverine in Japan, because that’s my favorite chapter in the story of Wolverine.  But I’m not a superhero guy.  It’s very hard for me to… It’s one thing to like something and another to marry it for two, three years

But it’s one thing to say… You have to differentiate between loving it as a fan, which is almost like dating, and creating it from scratch, which takes two to three years of your life, which is like a marriage.

So there it is: Guillermo del Toro just didn’t feel like putting a ring on it.

(via Collider) (Image via EW)