ABC Is Still Planning a Hulk TV Series, But Has The Avengers Raised the Bar? (Answer: Yes) 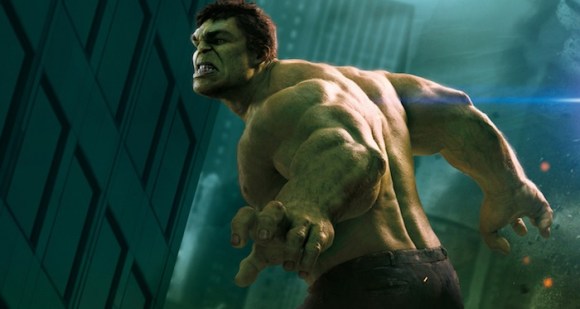 Now that Marvel has earned all of the world’s money with The Avengers — having already passed the billion-dollar mark — ABC is going to try to hop on this gravy train and continue to develop a TV series for the character with director Guillermo Del Toro. This is not an entirely bad idea, considering The Incredible Hulk enjoyed a four-season run on CBS from 1978 to 1982. So, we know this can work on TV. But after The Avengers, do we really want to see someone besides Mark Ruffalo play Bruce Banner and his rowdy green counterpart? And even if we did, can they even top the latest big-screen version of the Hulk?

It seems like had the Hulk flopped (again) in The Avengers, it would have made for a good opportunity to snatch up the character and try again, see how he did on the small screen. But the resounding opinion since The Avengers came out is that the Hulk — Ruffalo’s Hulk — really stole the show. What kind of pressure is this putting on ABC, let alone the next guy to slip into the tear-away pants?

I’ll admit to getting a bit gushy about Ruffalo’s turn as Bruce Banner/the Hulk. Heck, I’d even say I’m automatically biased against anyone else who takes that part. So, I’ll try to leave my opinion at the door if and when this TV series finally comes to pass. It will be really hard, but it’s best to keep an open mind. Plus, Guillermo Del Toro is an interesting dude, and the idea of him being involved with a Hulk TV series is certainly intriguing.

This project has been floating around since 2010, but never really got off the ground. Now that Hulk is officially a smash (you know you saw that coming — sorry, it was unavoidable), you can’t blame ABC for wanting a piece of the Marvel action. (It is, after all, owned by Disney, as is Marvel.) Though if that’s what they wanted, then maybe they should have reconsidered passing on AKA Jessica Jones, unless it was an unmitigated disaster. But ABC’s Entertainment President Paul Lee (no relation to Stan Lee) says that while the Hulk might not join the ABC lineup until 2013, that isn’t the only Marvel franchise they’re looking at:

“We’re immensely proud to be a company with The Avengers. We’re going to continue to develop aggressively. We’ve got some in development, but none that I can talk about at this point.”

TV audiences have already welcomed the Hulk into their homes, and the show continues to be a favorite among fans. Maybe a new series with a name like Del Toro’s attached will give us a Hulk as good as the one we saw in a big-budget summer blockbuster — or maybe it’ll just constantly be held up to those super-standards.

As far as those big-screen standards go, Ruffalo has signed on for six movies, and it’s strange to think that none of those six movies is a reboot or sequel for just the Hulk. So, there’s that. And that’s what one might call a Hulking lot of Hulk. (Which might be okay.)

(via The Hollywood Reporter, Screen Rant)

Previously in The Hulk