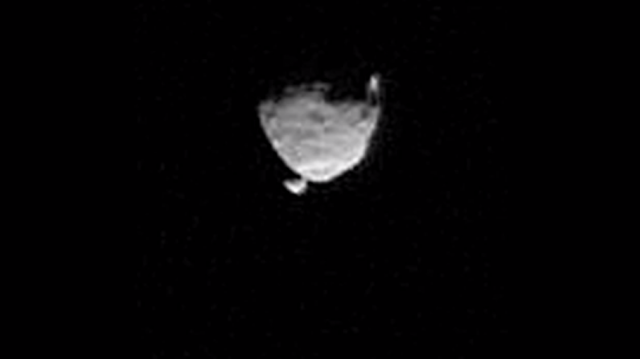 Earlier this month Curiosity got a unique view of two Martian moons passing each other. It witnessed Phobos passing Deimos, and NASA put out a nice video showing the event, but if the Internet loves anything more than videos it’s GIFs, so they made one. I wonder what we’ll use it in response to on Reddit.

We learned about GIF from NASA’s own Bobak Ferdowsi who is totally our best friend. (He said so on Twitter.)

Internet, heard you like GIFs so @MarsCuriosity made you one of Phobos passing Deimos. #needscats http://t.co/sh3UrLmzd0

He’s right. This really could use some cats.