"It's actually been kind of nice not to be on it." 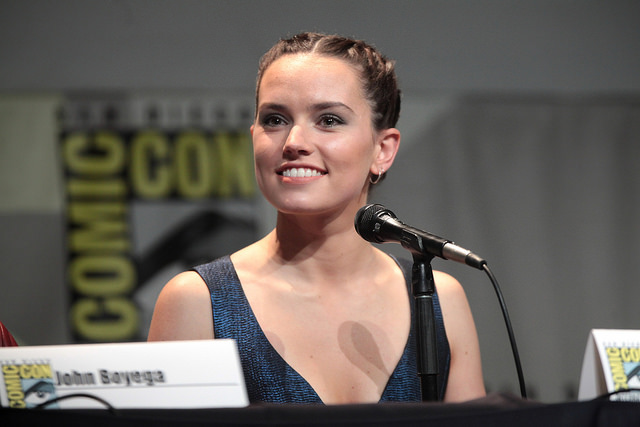 The days when Daisy Ridley on Instagram were great, not only for the awesome Star Wars updates but also because Ridley used her platform to promote body positivity, health, and more. Her post about struggling with endometriosis was heartfelt, and her training videos were total #fitspiration. Even her rejections were super cute and loving!

However, I don’t blame Ridley for doing what’s best for herself and not wanting to engage with social media these days. She’s previously talked about how she sees social media as a “double-edged sword.” She eventually left Instagram after a number of users flooded a post speaking out against gun violence with comments criticizing her for being “too political.” Sky News reports that Ridley spoke about leaving Instagram at the Student Academy Awards in Los Angeles, revealing she “felt a pressure being on it.”

I was like ‘I need to post. Oh my God, it’s been this many days’. It’s actually been kind of nice not to be on it.

I’m 24. I have a lot of growing up to do. I have to deal with loads of stuff myself personally. For that to be projected with millions of people watching, that is like a bit of an extra pressure.

Star Wars catapulted Ridley into fame, and while it seems like she’s been handling that pressure very well it makes perfect sense that she might not want to engage with millions of people during this time of her life. Growing up in the public eye is not easy, and no amount of cute Instagram updates could be worth compromising someone else’s self-care.

That’s not to say she’ll never go back, though. Ridley says, “I think some people handle it well. Just right now it’s not for me, but who knows.”

(via Buzzfeed, Image via Gage Skidmore/Flickr)
Want more stories like this? Become a subscriber and support the site!