How Much is a Nobel Prize Worth? If It’s Francis Crick’s, the Answer is $2 Million 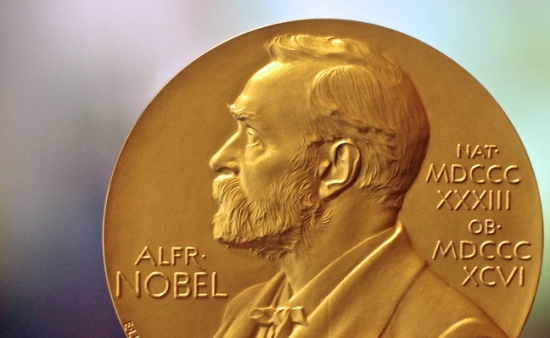 In 1962 Francis Crick, James Watson, and Maurice Wilkins were awarded the Nobel Prize in Physiology or Medicine for their work on discovering DNA’s double helix structure. There’s a cash purse that comes along with the Nobel, but everyone knows the real prize is that everyone will think you’re the smartest person in the room for the rest of your life. Unfortunately you can’t sell that feeling at auction, but you can sell the medal. So what’s a used 1962 Nobel prize actually worth? Crick’s Nobel prize just sold at auction for a cool $2 million.

Obviously, Crick’s work was vital to the scientific community so his medal would have significance to a collector, but the prize attached to last year’s Nobel prize in Physiology or Medicine that went to Sir John B. Gurdon and Shinya Yamanaka was only worth $1.2 million, and that was brand new. The buyer may have overpaid.

Besides the award itself and the prestige that goes with it, they were also given 250,233 Swedish kronor, which works out to $39,385.67 according to Google’s conversion tool. The Nobel site has a chart listing prize amounts through the years, and included adjusted amounts for inflation. In 2011 the award Watson, Crick, and Wilkins received would have been worth $429,617.89, so a $2 million price tag is quite the mark up. Especially considering that the seller, Heritage Auction, estimated the medal would sell for around $500,000.

The $2 million for the Nobel itself seems like an almost reasonable price when you look at another Crick-related auction that happened on Wednesday. Someone bought a letter that Crick wrote to his son telling him about the discovery of the double helix for $6 million. That price not only broke, but nearly doubled the record for the most expensive letter, previously set by the sale of a letter by Abraham Lincoln for $3.4 million.

These are incredible sums of money for memorabilia, but it’s kind of heartening to know that someone out there loves science enough to drop $2 million on Crick’s Nobel.