You Won’t Be Seeing Star Wars: The Clone Wars On Cartoon Network Anymore Thanks To That Disney Acquisition 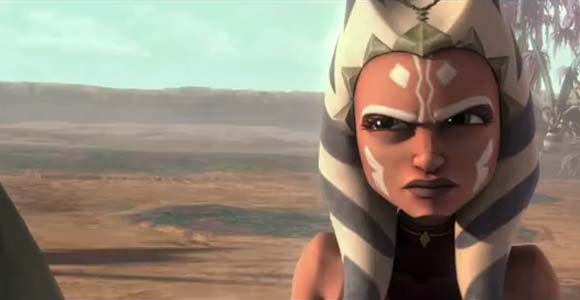 There was a flurry of thoughts that came along with the announcement that Disney had bought LucasFilm for $4 billion. I’m sure you’ve had most of them by now. But there was one I completely forgot about and that was the future of the animated series Star Wars: The Clone Wars. We now know it will end its run on the Cartoon Network, but will it continue elsewhere?

The Hollywood Reporter writes, “Sources tell The Hollywood Reporter that Turner, a division of Time Warner, has the license for Star Wars: The Clone Wars only through the end of the 2012-13 season. Each year it has renewed its deal with Lucasfilm, and reps for both companies say they will make a decision on continuing the show around the end of the season. In reality, Disney is very likely to move Clone Wars to one of its own networks, most likely Disney XD, an advertiser-supported cable TV channel targeted at boys.”

Let’s put aside the “targeted at boys thing” for now because technically it’s also targeted at children but we all still watch it. It’s likely the move won’t affect the show at all considering Disney are pretty smart about letting people do what they do best. Of course it’s bad news for Cartoon Network as Clone Wars was one of their highest rated shows. THR writes, “Cartoon Network retains some rerun rights to about 100 episodes that have aired over five seasons, but it is unclear for how long.”

Still no word on how the purchase will affect Dark Horse Comics’ Star Wars line but odds are they’ll be losing it as well. President Mike Richardson told Comic Book Resources, “Dark Horse and LucasFilm have a strong partnership which spans over 20 years, and has produced multiple characters and story lines which are now part of the Star Wars lore. Star Warswill be with us for the near future. Obviously, this deal changes the landscape, so we’ll all have to see what it means for the future.” Will they move to Marvel Comics, already under the ever-growing Disney umbrella? They moved all of BOOM! Studios Disney books over after that sale so it’s probably a safe bet.

Previously in The Disney/LucasFilm Deal