That $4 Billion Disney Is Paying George Lucas? Most Of It Is Going To Charity. 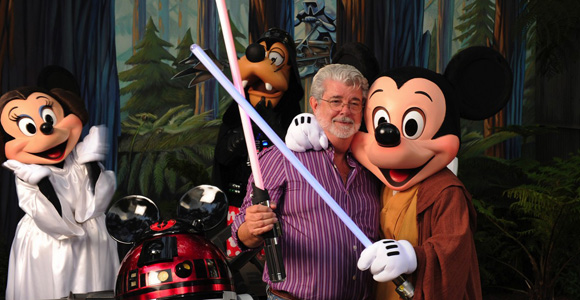 You might have heard the recent news of Walt Disney purchasing LucasFilm for $4 billion and thought, “Doesn’t George Lucas have enough money already?” And yes, he does. So he’s giving a major portion of the money to charity. But which one?

The sale, should it actually go through, will earn Lucas around $4.05 billion since he’s the only owner involved and his company has little to no debt. A spokesperson told The Hollywood Reporter, “George Lucas has expressed his intention, in the event the deal closes, to donate the majority of the proceeds to his philanthropic endeavors.”

So what does that mean, exactly? The spokesperson said the money would most likely go into a “foundation which will primarily focus on educational issues.” The Hollywood Reporter takes a guess. “Lucas is currently the chairman of Edutopia, which is part of the George Lucas Educational Foundation. He could put money into that or create a new foundation which would be funded from the sale.”

“For 41 years, the majority of my time and money has been put into the company,” said Lucas. “As I start a new chapter in my life, it is gratifying that I have the opportunity to devote more time and resources to philanthropy.”

Meanwhile, Donald Trump establishes himself squarely on the Dark Side of the Force…

Previously in The Disney/LucasFilm Deal