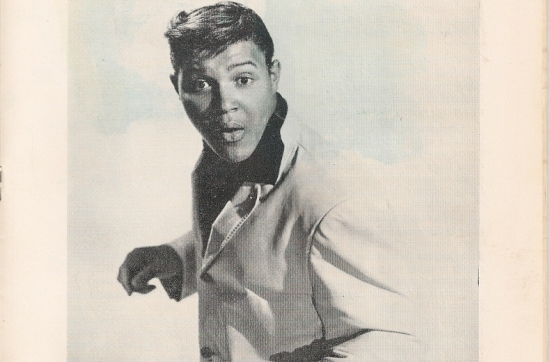 Let’s say tonight you’re on a date with a handsome fella for Valentine’s Day. Things are going well, and you start to wonder what he’s working with downstairs. You pull out your HP Palm phone, fire up “The Chubby Checker,” an app made for guessing penis size, and get an estimate. The real Chubby Checker, the singer, wants everyone to stop doing that, and has filed a lawsuit against HP. Also, you probably blew the date the second you pulled out your Palm phone on the date. It’s rude, and who still has a Palm phone?

Chubby Checker, whose real name is Ernest Evans in case you’re playing bar trivia tonight, isn’t happy that his musical persona is being tied to guessing penis size. How unhappy? He’s half a billion dollars worth of unhappy. Evans’ lawyers are seeking $500,000,000 in damages. That’s a lot of money for an app that, according to the site that sells it, has only been downloaded 84 times since 2010. That works out to be a little less than six million per download.

The lawsuit claims that the “‘Defendants’ use of the name ‘Chubby Checker’ in its app is likely to associate plaintiff’s (trade) marks with the obscene, sexual connotation and images.” It also claims that the 84 people who have downloaded the app could mistakenly believe that Evans, as Chubby Checker, endorses the app. That would be a stretch, but who knows what Palm users are likely to believe. Look at their phones.

The suit is against HP, but the app itself is available on HouseOfPalm.com, which is not in anyway associated with HP or Palm, according to a disclaimer on the site.

Evans has the right to protect his brand, but it’s also important to pick your battles. More people will have heard about this lawsuit and make the connection between Chubby Checker and penis size than ever would have downloaded or known about the app if he left it alone.

And now, because it’s not every day you have an excuse to embed a Fat Boys video into a post, here’s their version of the Chubby Checker classic “The Twist.”