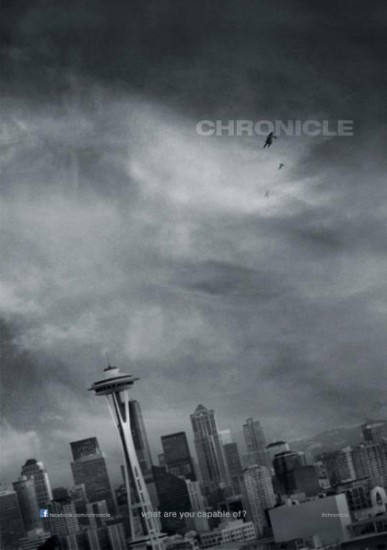 No, it’s not just people in ridiculous costumes shooting energy blasts at Best Buys and Starbucks, but a shaky cam, Blair Witch, Cloverfield, style look at three high school buds who develop superpowers. Unlike movies based on similar sentences, such as Sky High, they don’t seem to throw on costumes and fight bad guys, but based on the trailer (seen below the break), the movie seems to follow more along the lines of the BBC’s Misfits, a show in which delinquents get superpowers and basically screw around with them, for better or worse.

The trailer for this Max Landis written and Josh Trank directed movie sees the three friends screwing around with their powers, playing relatively harmless pranks on each other and unsuspecting victims, until one of the friends seems to lose control of himself and slowly turns down the path of the villain — except instead of making an elaborate weather control machine, or deciding to end the world’s pain by returning everyone to the Lifestream via murdering them with a giant meteor, the action seems more centered in what would actually happen in real life: Murdering an obnoxious driver out of road rage, and blowing up some cop cars chasing you. The film looks interesting at the very least, so check out the trailer in Big-O-Vision ™ below.