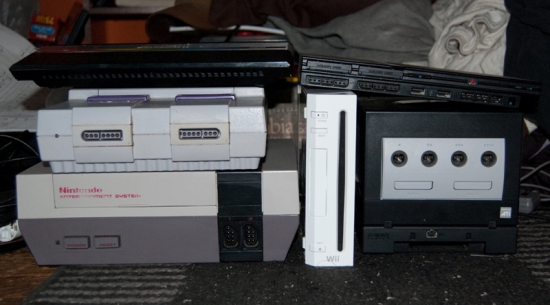 Good news for Chinese gamers! China is thinking about lifting its ban on game consoles. The news is just speculation right now, and it’s based on the Playstation 3 receiving a quality certification from the Chinese government, but even that speculation has been enough to bump up stock prices for Sony and Nintendo, both of which are champing at the bit to enter the Chinese market. Obviously, a lifting of the ban would help those companies greatly. It might also destroy the mental and physical development of Chinese children, since that’s what the ban was trying to protect.

The ban was put into place in 2000 by seven ministries of the Chinese government, and there seem to be conflicting reports from those ministries about the future of the ban. An unidentified source at the Ministry of Culture was quoted in the China Daily saying, “We are reviewing the policy and have conducted some surveys and held discussions with other ministries on the possibility of opening up the game console market.”

Meanwhile, a semi-identified source only calling himself “Bai” at the ministry’s cultural market department said, “The ministry is not considering lifting the ban.”

Lenovo managed to sneak their Eedoo CT510 system into the Chinese market despite the ban last year. The Eedoo is similar to the Xbox Kinect, and senses a user’s motion to control the games, so Lenovo billed it as an “exercise and entertainment machine.” It stands to reason that other consoles could make the same argument for things like Wii Fit and Playstation Move.

Whether the rumors are true or not, Nintendo has already seen a 3.5% increase in their share price, and Sony shares are selling up 8% at the moment — largely on happy thoughts, the raw fuel of the stock market.