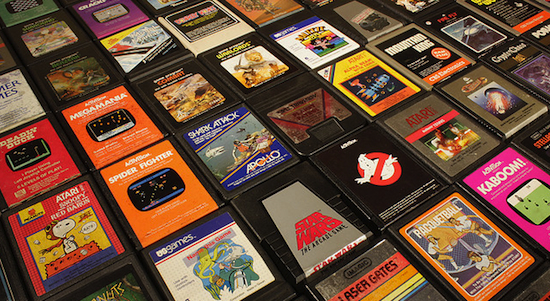 Atari Inc. and three of it affiliates in the U.S. are throwing in the towel. Filing for Chapter 11 reorganization in a New York State bankruptcy court, Atari Inc. aims to disentangle itself from its French parent company Atari S.A. — originally Infogrames — in a similar manner to how we scootch a few seats down the table to sit away from a creepy relative at family gatherings. If the American company successfully dissolves its ties to floundering France-based parent, Atari Inc.’s leaders intend to shift game development and publishing focus on digital and mobile platforms, though there are no specifics right now on what that might look like. Doesn’t matter, really, since we all know they’ll likely just churn out yet another modern update of Pong or Asteroids.

Jim Wilson, the New York-based CEO of Atari S.A., has taken strides in the past to restructure the company by developing games for the mobile and online markets, as well as licensing the famous Atari logo for various products. Even in light of this and the fact that Atari S.A. has generated some profit after Atari Inc. had sold a portion of its assets and has since made up a majority of the French parent’s business — not to mention slight improvements in the percentage of lost revenue as of 2012—the company’s reliance on the London financial company BlueBay Asset Management has stunted its growth in the market. A particularly heavy blow was dealt on New Year’s Eve when a $28-million credit from BlueBay lapsed, forcing Atari to halt upcoming projects as a result of this lack of financial resources.

Due to the plummeting value of shares and its complicated status as an American company with a French public stock listing, Atari Inc. hopes that their securing $5 million in debtor-in-possession financing with the successful filing of Chapter 11 bankruptcy — granted that it’s approved — will allow them to run independently of Atari S.A. and its association with BlueBay.

As it stands, no one has come forward to purchase Atari Inc. — investors aren’t exactly known for getting swept away by the nostalgia of their childhoods — though possible outcomes surrounding its dilemma involve Wilson seeking to regain control of the company or its current assets being sold piecemeal. Whatever happens, it’s a forgone conclusion that Atari will use the money they have left to build a time machine and journey back to an era when the utterance of its name didn’t result in laughter, mockery, and someone’s feelings getting hurt.

(via LA Times, image via Great Beyond)