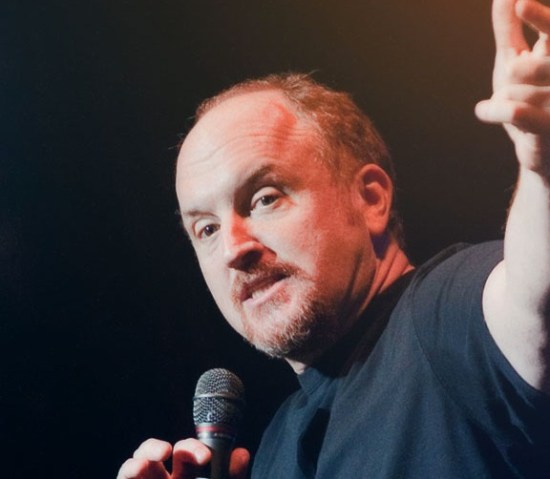 Comedian Louis C.K. has quickly become something of an online innovator, working tirelessly to bring his work to the people as quickly and easily as possible. Denizens of the Internet will recall that when we last saw C.K., he was actually making money selling a DRM-free comedy special to fans over PayPal. Now, he’s announced that he’ll be selling super-cheap seats directly to fans at a flat rate — no fees, no scalping, and no TicketMaster.

In an email sent out to fans last night, C.K. announced that tickets to his upcoming tour would be sold to fans directly from him. The effort, he writes, is to remove companies like TicketMaster which charge hefty fees for the “privilege” of using their service. In doing so, C.K. says that he can offer tickets to his fans at a much lower rate. It also means that he’ll get 100% of whatever’s left after the venues take their cut.

Amazingly, he’s able to offer every single seat at every single show for the same price. $45 will get you in wherever he’ll be playing, and it’s the same price whether you are front and center, or stuck on Mount NoseBleed. It even includes sales tax, which C.K. will eat on your behalf.

He’s also included some rough clauses that allow him to revoke the tickets if they’re re-sold for over $45. That’s a good move by C.K., and one that he says will be enforced. However, selling your own goods is one thing, and being your own police force is another.

Still, C.K.’s forays into direct sales have so far been remarkably successful. Here’s hoping this new effort goes off just as well. Who knows, he might just become the model for a whole new kind of entertainment industry.

Fans looking to get their mitts on the tix can do so here.

Here’s the email, in its full, rambling glory:

hello folks! I’m going on tour this year from October through Feb. I’ll be all over the goddamn place. This year, I’m trying something new, building on the fun, success and fan-benifit of selling my content online. We are selling tickets to this tour exclusively here on louisck.com. I only wanted to do this if there was a way, like with LIVE AT THE BEACON, that it could bring the price of tickets down and make them easier and less complicated to buy. We figured out a way.

Making my shows affordable has always been my goal but two things have always worked against that. High ticket charges and ticket re-sellers marking up the prices. Some ticketing services charge more than 40% over the ticket price and, ironically, the lower I’ve made my ticket prices, the more scalpers have bought them up, so the more fans have paid for a lot of my tickets.

By selling the tickets exclusively on my site, I’ve cut the ticket charges way down and absorbed them into the ticket price. To buy a ticket, you join NOTHING. Just use your credit card and buy the damn thing. opt in to the email list if you want, and you’ll only get emails from me.

Also, you’ll see that if you try to sell the ticket anywhere for anything above the original price, we have the right to cancel your ticket (and refund your money). this is something I intend to enforce. There are some other rules you may find annoying but they are meant to prevent someone who has no intention of seeing the show from buying the ticket and just flipping it for twice the price from a thousand miles away.

Some of these rules may be a pain in your ass, but please be patient. My goal here is that people coming to see my shows are able to pay a fair price and that they be paying just for a ticket. Not also paying an exhorbanant fee for the privalege of buying a ticket.

Tickets across the board, everywhere, are 45 dollars. That’s what you’ll actually pay. In every case, that will be less than anyone has actually paid to see me (after ticket charges) in about two years and in most cases it’s about half of what you paid last year.

The benifit for me is that I won’t get angry emails from anyone who paid a ton of money to see me due to circumstances out of my control. That makes me VERY happy. The 45 dollars also includes sales tax, which I’m paying for you. So I’m making more or less depending on the state.

Another benifit to me is also one to you. I get your email address (if you opt in) when you opt in. You don’t have to join ANYTHING to buy these tickets and if you opt in, youll only hear from me once in an old man’s jizz-cycle.

Obviously none of this means anything if the shows aren’t good. So that’s up to me. As I do every year, I’ll be performing a brand new hour (or more) on all of these shows.

Lastly, it was a real challenge to find venues around the country that could work with our exclusive ticketing service under these perameters. It means I’m playing in very new places. I really appreciate all of these theaters that are letting us give this a try.

Setting up this tour has been fascinating and difficult. this ticketing service is a brand new thing and I really fucking hope it works and that there aren’t any problems. If anything comes up, please be patient.

Doing things this way means I”m making less than I would have made if I did a standard tour, using the usual very excellent but expensive ticketing service. In some cities I’ve had to play smaller venues and do more shows. But I like doing more shows and about a year ago I reached a place where I realized I am making enough money doing comedy so the next thing that interested me is bringing your price down. Either way, I still make a whole lot more than my grandfather who taught math and raised chickens in Michigan.

alright, that’s it, folks. I’ll be sending this message out to folks on the opt-in list and sending a separate email that lays it out much more simply with the proper links. I am doing this because when I emailed you about LIVE AT CARNEGIE HALL, (which is still on sale for 5 dollars!) about half of the people who got the email really enjoyed the long, verbose, unedited message.

The other half HATED it and would have preffered a price, a link, and me shutting the fuck up.

This way, you can read this if you like, or your can just see the massive shit-ball of text and throw it in the garbage, and focus on the simple email.

I hope to see you all on the road.