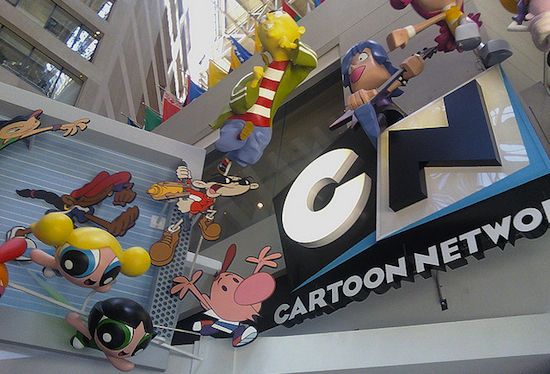 Without a DVR, pretty much all the programs we enjoy watching on Cartoon Network and Adult Swim fall well out of our regular schedule. Seriously, it’s either they’re on too early or too late, resulting in the desperate — and oftentimes fruitless — act of scouring YouTube in the vain hope that some copyright-infringing good Samaritan has uploaded the particular episode you missed. Thankfully, those days of watching grainy footage of Adventure Time someone filmed from their couch will soon be over since it’s been announced that a library of shows from Cartoon Network, Adult Swim, and Warner Bros. Animation will be available for streaming on Netflix come March 30th!

According to a today’s announcement, the new licensing agreement between Turner Broadcasting System, Inc., The Warner Bros. Television Group, and Netflix, Inc. will offer viewers the chance to browse through a back catalog of episodes from a number of Cartoon Network and Adult Swim’s program offerings, including current favorites such as Regular Show, Robot Chicken, and Green Lantern in addition to ’90s classics like Johnny Bravo. And rest assured, these won’t be at all like the sporadic and randomly selected episodes seen with on-demand services, but rather complete seasons — can you say “all-night Aqua Teen Hunger Force marathon”? Because we know we can. We’ve been chanting it in the newsroom for the last hour, and people are beginning to stare.

Additionally — assuming that the following bit of news even applies to you — Warner Horizon Television will grant Netflix the license to exclusively stream the first two seasons of TNT’s Dallas in January 2014. Yeah, hey, Netflix, that’s good to know — we guess — but if you don’t mind, we’ll be watching episodes of Regular Show back-to-back-to back instead, thanks.

(Deadline New York via The Verge, image via InSinU8)