New Arrested Development Hits Netflix In May | The Mary Sue

Get A Banner Ready: New Arrested Development Hits Netflix In May 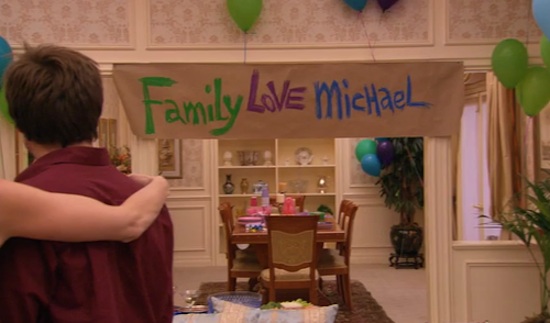 Hey, everybody, have you heard THE BEST news? Word dropped last night that new episodes of Arrested Development will make their debut on Netflix sometime in May. That means you’ve got just a few short months to brush up on your Bluth family apocrypha before the debut by giving the show another watch through or ten. Conceivably, this also means a chance to watch it in the first place if you haven’t already. There must be people out there who haven’t, right? If you’re one of them, go watch it right now. Yes, like right now right now.

In addition to a date (of sorts — Netflix isn’t showing their hand on what day exactly the show will arrive, and the last episodes are apparently still in post-production) fans got some details about the return that so many of us have been waiting for with bated breath. Series creator Mitchell Hurwitz confirmed that all 14 new episodes will roll out simultaneously, so if you’re planning a watching party — and what right thinking person isn’t? — it just turned into a marathon. Sure, you could take a break, but… why? Are you some sort of quitter?

Jason Bateman, who plays the ever-harried Michael Bluth, also warned fans not to look at the new episodes as a new season, which intitally struck us as kind of a bummer, really — after all, half the fun of the show is in the way that jokes build and develop in small, weird ways, growing over and bouncing off of one another over the course of a season, or seasons.

Hurwitz expanded on the idea, though, saying that while the 14 new episodes had an order there were loosely designed to be watched in — “to create the maximum number of surprises” — that the new batch of episodes could also be treated like an album or Choose-Your-Own-Adventure novel if people wanted to watch them as such.

This, frankly, sounds real weird, but it’s some of the reason that Netflix and Arrested Development are good for one another, as the pseudo-serialized, watch what you want, when you want to distribution style lets the show’s writers take risks and do some weird things that they couldn’t make work in a traditional, time-slotted network series. And we trust them to do weird things very, very well at this point, even if the different structure offered by Netflix — no commercial breaks and the possibility for episodes to be as long or short as they need to be — means that the show that comes to Netflix could be, structurally, very different from the one so many of us know and love.

Which, of course, doesn’t matter a lick. We would watch this cast read from the phonebook out of sheer blind loyalty. New episodes are new episodes, and we’re glad to have them one way or the other.

Yet another way that you can view the 14 new episodes, says Hurwitz, is as a huge prelude to the next project on the block for cast and crew — the long rumored Arrested Development movie. No details on that yet, but considering that we had really given up on seeing the show make any sort of return prior to this, we’re willing to say that anything is possible.