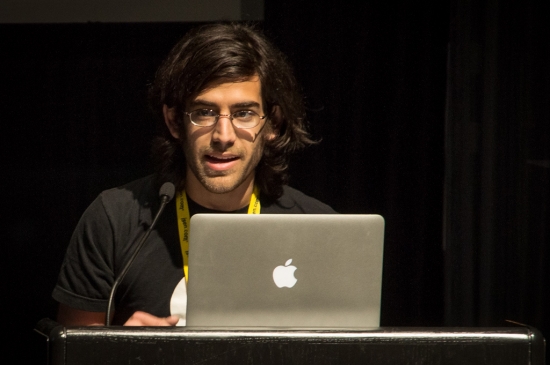 Aaron Swartz committed suicide on January 11th, and while no one but Swartz will ever truly know why, many have speculated that the legal troubles he was facing were a factor. He was being aggressively prosecuted for unlawfully obtaining information and recklessly damaging a protected computer after he made repeated efforts to steal files from JSTOR. The District Attorney leading the case against him was D.A. Carmen Ortiz, and the We the People petition to have her fired has already hit the required number of signatures needed to receive a White House response.

The petition was submitted to the We the People page on the White House’s site, which lets ordinary citizens submit petitions to the Obama administration. We the People has been getting a lot of attention lately for things like asking the government to build a Death Star, or to give each state an official Pokémon, but it gets used for actual political causes as well. Petitions that get a minimum of 25,000 signatures in 30 days and meet the site’s guidelines (The Pokémon petition was pulled) are given an official response.

The petition to fire Carmen Ortiz has already hit to 31,316, more than enough for a response, and it’s only been up since January 12th. It’s gaining support quickly. The number of signatures has gone up by more than 1,000 names in the time it took to write this article.

Is it fair to persecute Ortiz for persecuting Swartz? Her husband, former IBM CFO Tom Dolan, certainly doesn’t think so. He took to Twitter to defend his wife, saying in one tweet, “Truly incredible that in their own son’s obit they blame others for his death and make no mention of the 6-month offer.” He soon after deleted his Twitter account, but BuzzFeed grabbed several of his tweets before he did.

The offer he’s referring to came up a few times in his tweets. He says Swartz was offered a plea bargain that would only see him serve 6 months in jail, not some of the much more extreme sentences reported elsewhere — including the petition itself which says Swartz was facing life in prison.

Dolan’s argument seems to be semantic at best. There is a big difference between a maximum possible sentence and the terms of a plea deal. To take the plea deal Swartz would have had to admit guilt and give up his right to a public trial, something Swartz supposedly wanted.

MIT announced they would launch a full investigation into their possible role in Swartz’s suicide, and then hours later were hacked by Anonymous which posted messages calling for reform of computer crime laws among other things.

The charges against Swartz were officially dropped yesterday, but it was only as a matter of standard practice when the defendant in a case dies. People are angry over Swartz’s death and the extent of the prosecution he faced, but is it fair to focus that all on one person?

(We the People, via Business Insider, and BuzzFeed image via peretzp)