And This Is What They Look Like: Brave Character Art Released

More and more official art from the newest Pixar movie Brave is coming out (in case you missed the teaser poster, that is here), and now, we’re finally getting a good close look at four of the main characters. (And a somewhat blurry look at a fifth.) After the jump, we’ll look at how this compares with the concept art we saw in March.

Looking at the pictures above, from left to right are Princess Merida (Kelly MacDonald), Queen Elinor (Emma Thompson), The Wise Woman (Julie Walters), and Lord MacIntosh (Craig Ferguson). Not pictured yet is King Fergus, who will be voiced by Billy Connolly.

Back in March, we brought you a few pictures that were too far away to show any character detail, had our protagonist’s face turned away from us, and one shot that didn’t feature any characters at all. We finally got to see Merida’s face a couple of days later but didn’t get a really clear picture until May.

And what about this fifth character? That would be the bear, as in The Bear and the Bow, the original title of Brave. Bleeding Cool found him lurking between the letters V and E in the teaser poster: 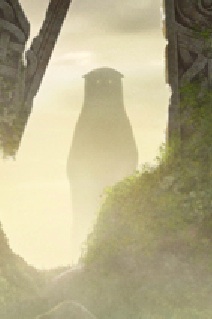 But when will we get to see them all in action? Well … tomorrow! The teaser trailer for Brave is expected to be shown with Cars 2 when that opens tomorrow. Brave opens next summer.