The Teaser Poster for Pixar’s Brave 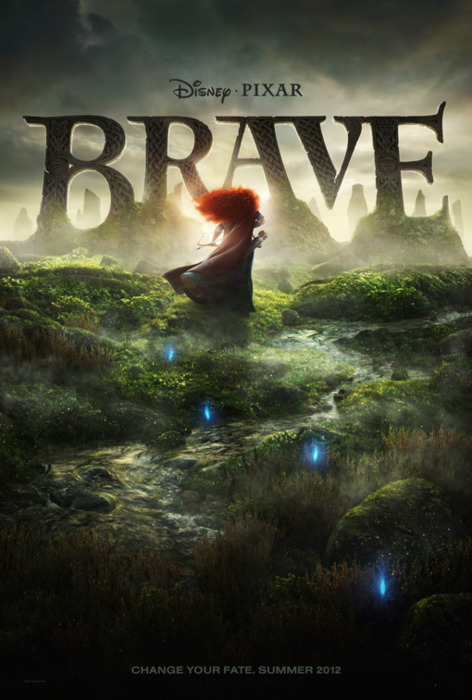 Brave follows the story of Merida, the princess of a mythically tinged Scotland, making it the first Pixar movie ever to have a female protagonist. It was also to be Pixar’s first movie with a female director, but the film’s creator, Brenda Chapman, has been demoted to co-director with Mark Andrews. The first teaser trailer for the movie will run with this weekend’s Cars 2, which, unless we suddenly come down with a case of small children before then, probably won’t be enough get us into the theater.