Something to Get You Excited About Space: A Book Honoring the Women of Goddard Space Flight Center 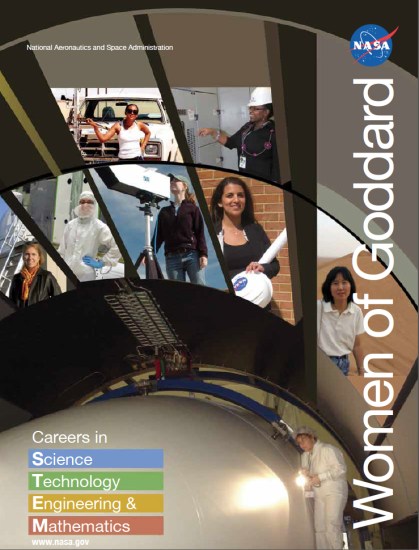 NASA has been working since 2010 to compile the stories of over 100 women who work in STEM careers at the Goddard Space Flight Center in Greenbelt, Maryland. Their final product is now on display at the Maryland Women’s Heritage Center in Baltimore, and if you know a kid who has been showing interest in science and technology (and has time for a trip to Maryland), they might love to see some successful women who work for the space program! The book, entitled Women of Goddard: Careers in Science, Technology, Engineering, and Mathematics, was edited by NASA Goddard climatologist Claire Parkinson, who boasts a 33-year career in her field. A total of 103 women tell their stories (save for the late Beth Brown and Joanne Simpson, whose stories were written by Parkinson) about how they pursued and later flourished in their careers. The exhibit also includes six posters depicting scenes from the book, shuttle missions, the Hubble Telescope mission, and more.

And now they can serve to inspire the next generation (and probably the current ones, too)!