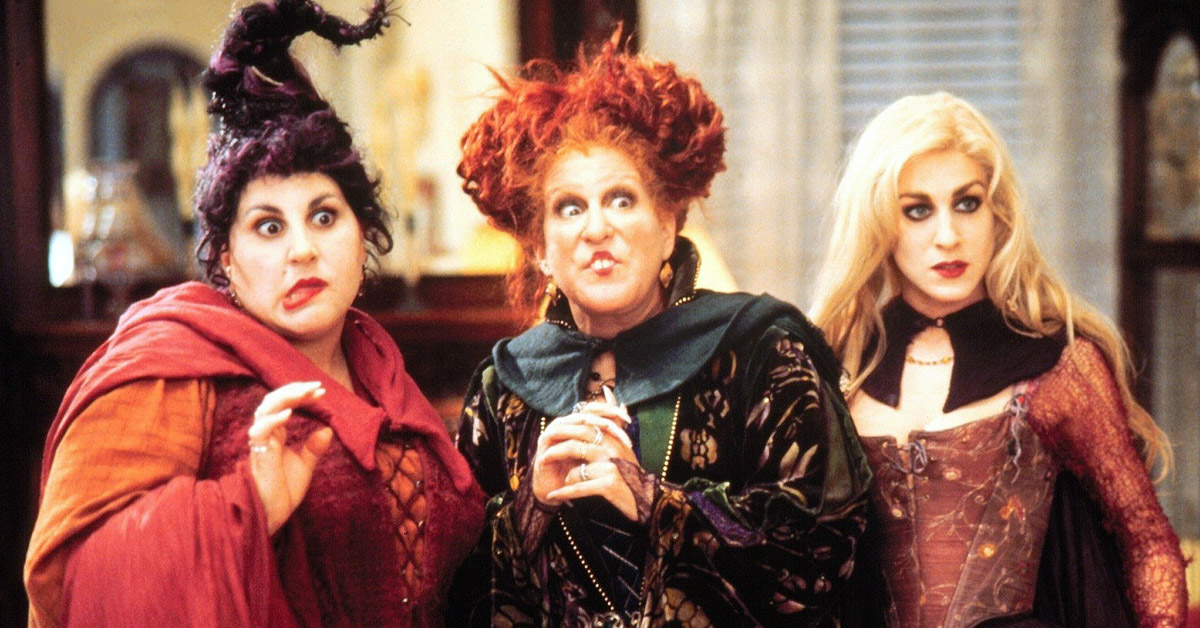 It’s a scary time right now, and I’m not just talking about Halloween being around the corner. The world is scary, but that doesn’t mean we can’t focus on hope for the future. And as we look to the future, there’s maybe one thing that keeps up for sinking entirely into despair: the long-promised sequel to Hocus Pocus.

Now, the rumors of a potential sequel to the 1993 cult classic have been out there for a long time, because we all agree it would be great and we want more Sanderson sisters in our lives. There’s actually already a sequel in book form, and there have been various discussions about a sequel for many years. Now, with Disney+ around, it seemed more likely than ever that a sequel will happen.

In March the plans all seemed to be confirmed as Disney announced director Adam Shankman would direct the sequel for Disney+! But that announcement came in March of this year and we all know what happened then. Now that it’s Halloween season, Hocus Pocus is on constant rotation, and there’s even a charity reunion of the cast coming up on Friday. So naturally Bette Midler, Winifred herself, is getting lots of questions about this sequel. And today her reply made some big news!

Speaking with Good Day New York to promote the upcoming reunion fundraiser, Midler confirmed that all the original stars had been asked to return for the sequel, including Sarah Jessica Parker and Kathy Najimy. “They want to make a movie, they’ve asked us if we were interested and of course all of us said yes,” Midler said. “I’m game, I’m totally game.” And she also confirms that they’re all ready to do it! That’s exciting!

But this is still very early and not an official announcement, which we know Disney can be slow about. We don’t know when this will shoot or how or if contracts have been signed. But we’re still excited that this feels like one more step towards the Sanderon sequel we all deserve.

What did you see today, friends?