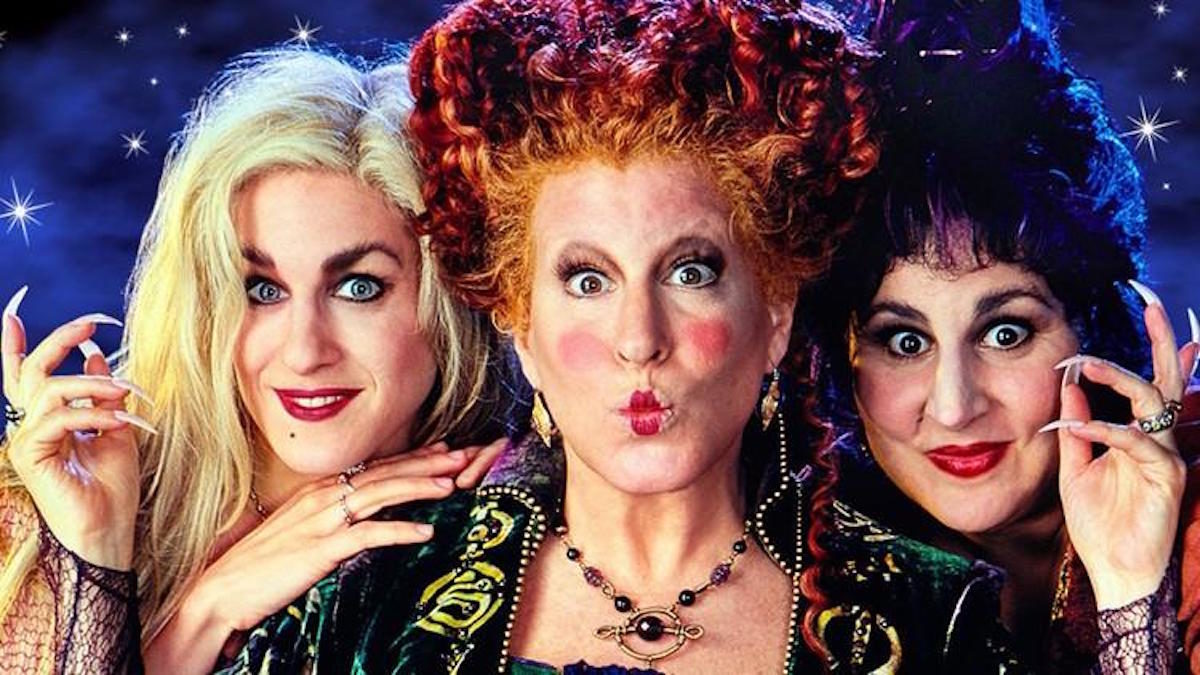 Hocus Pocus is the greatest Halloween movie ever made (possibly the greatest movie ever made … period?), and with a full Moon and the end of daylight saving time on All Hallow’s Eve this year, it’s the perfect time to celebrate the iconic film and even have a little Sanderson sister reunion.

That’s right, the witches are back, and this time, it’s for a good cause. Bette Midler shared a photo of herself reunited, in costume, with Kathy Najimy and Sarah Jessica Parker, filming for In Search of the Sanderson Sisters: A Hocus Pocus Hulaween Takeover. The one-night event is part of the Hulaween gala, which will benefit the New York Restoration Project.

Your 3 fav witches – @sarahjessicaparker @kathynajimy & ME – are returning for 1 night only on 10/30 at 8p ET! “In Search of the Sanderson Sisters” is the best thing to happen to #Halloween since Hocus Pocus + Reeses Pieces. Get your tix now (link in bio) and support @NYRP #nyrphulaween

The event will take place on October 3oth at 8:00 Eastern time, only airing once. Tickets are ten dollars and can be purchased right here.

Is that still not enough to interest you? Are you worried about a date? Well then dig up an old flame like Doug Jones’ Billy Butcherson to join you. At least you know we won’t talk over the music!

As if no time has passed at all. Back in my “Billy Butcherson” makeup 27 years later for @bettemidler ‘s charity @nyrp online Hocus Pocus “Hulaween” special … “In Search Of The Sanderson Sisters.” . All of us from the cast are back for this, along with a cavalcade of huge stars!! . SWIPE TO SEE ALL THE INFO!! . JOIN US online!!!…. October 30th!!! . TICKET & INFO: NYRP.org . #NYRPhulaween . #hocuspocus #bettemidler #sarahjessicaparker #kathynajimy #thorabirch #omrikatz #vinessashaw #dougjones #merylstreep #glennclose #martinshort #jamieleecurtis #elvira #adamlambert #jenniferhudson #sarahsilverman #halloween #hulaween #sandersonsisters #billybutcherson #zombies #zombie #actors #actorslife #actorslife🎬

Tell us what you saw today, Suevians (as long as it wasn’t a Zoom Dick)!