Disney Fan Favorite Hocus Pocus Is Getting a (Book) Sequel! 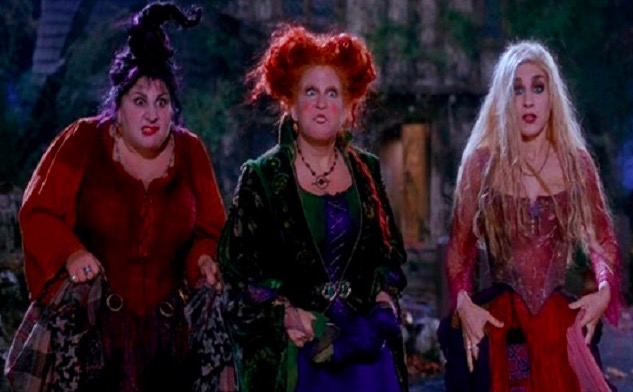 It’s been 25 years since virgin Max Dennison first lit the Black Flame Candle on All Hallows Eve in 1993, resurrecting the Sanderson sisters in the town of Salem. While fans of Hocus Pocus have nostalgically and faithfully rewatched the film many times over the years (and subjected non-fans to horrified interrogations of “You’ve never seen HOCUS POCUS?”), the possibility of a sequel has lingered for a while to both excitement and skeptical caution. How could anything live up to the perfection of the Disney classic? Winifred put a spell on us, and we’re hers.

It turns out now that we will be getting a part two, but it’ll be a book rather than a film. While this means we probably won’t great musical numbers that stay in your head two decades later, it’s definitely not the rumored remake without the original cast that enraged fans a while back (it’s since been reported that the project was not Hocus Pocus 2 but a different witch project).

Oh My Disney took the opportunity to share the news on January 31st set to the super blue blood moon. Spooky! The book will be of two parts: a “fresh retelling of the original film” and “a sequel that continues the story of our favorite characters and the next generation of Salem teens.” Yep, Max is grown up and he married Allison! And they have a seventeen-year-old daughter. The family, including Dani, will “face a challenge when they accidentally release a coven of witches from the afterlife”. Like daughter, like father, I suppose.

You can check out the cover (the tagline is “Witch, please”) and read an excerpt here, and keep up with news before it hits shelves July 10th, 2018.