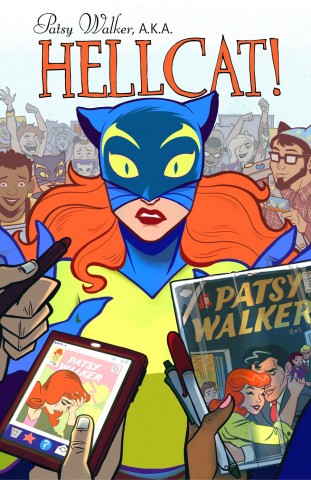 Women Are Here To Stay in Comics

If there’s one pastime I’ve tried to get better at pursuing on a regular basis, it’s reading comics–and in 2015, I did my deep dive thanks to a combination of investing in both print and digital. Granted, it took me until the latter half of this year to really get my act together, but I plan on kicking 2016 off with baby’s first pull list at a local comic book store–and the best part is that there’s so much to read in terms of female-led comics. Really, I’m almost spoiled for choice.

At the Women of Marvel NYCC panel earlier this year, it was revealed that just five years ago there were zero women-led titles at Marvel. As of 2015, there are now 17. Beyond the greatness of female characters getting their own solo arcs (Ms. Marvel, Squirrel Girl, Captain Marvel and Thor–just to name a few), we’ve also got entire lady-driven teams working to bring some of these comics to life–Kate Leth and Brittney Williams’ Patsy Walker, a.k.a. Hellcat immediately springs to mind (the first female-led title created by an all-female team at Marvel!), as does Marguerite Bennett and Marguerite Sauvage’s DC Bombshells.

It’s clearly only just the beginning of exciting new developments in the world of comics, and all the ladies–from costumed superheroes to writers, artists, colorists and everything in between–are ready to lead the charge forward. I can’t wait to see what happens next. — Carly 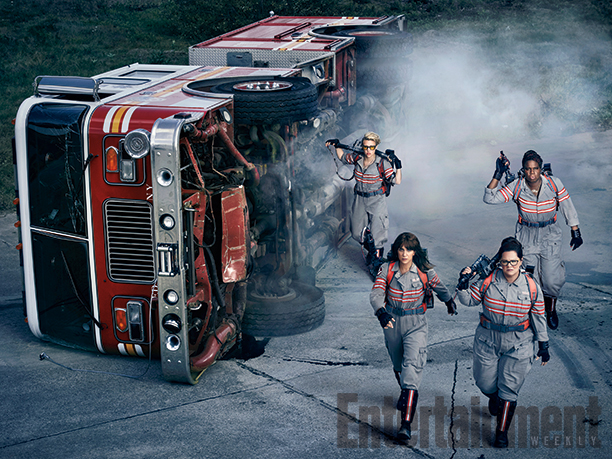 Despite the backlash, Ghostbusters: The Childhood-Wreckers (or whatever they’re calling it) was one of the pieces of news I most loved covering this year. I look up to all the women involved in this movie, and I love that Feig speaks so openly about his limitations as an ally, frequently reminding the media that one of the reasons he’s helming Ghosbusters: Sorry, Bros, instead of the movie having a female director, is that that  Hollywood affords him more opportunities than it would a woman. From the creative team’s response to trolls, to the lady-dominated crew, everything we’ve heard about this movie so far makes me giddy. I also appreciate the conversation it’s created surrounding nostalgia and the debatable merits of revisiting and diversifying beloved media. Sure, I’d also love to see an original concept movie from Feig starring these awesome ladies, but Ghostbusters, Star Wars, Fury Road and other re-tooled franchises this year have made me appreciate the cultural weight it holds to improve on the stories we’ve come to see as sacred. The stories we’ve collectively fallen in love with are important, and retelling them has a significance that I feel like creating an entirely new story doesn’t always have. — Carolyn 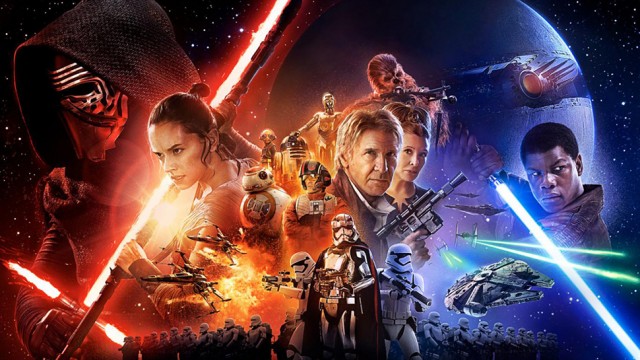 And that movie was Spectre. (We would guess that Daniel Craig wasn’t happy about that, either.) According to Fusion‘s calculations, out of all the movies that came out in 2015, only 45% of them passed the Bechdel-Wallace Test, which is about the same as 2014 — but there are still some changes within that data, such as within the Top 10 list. In 2014, seven out of ten movies passed; in 2015, it’s 9 out of 10. Also, 2014’s big-budget action movies failed to pass the test, whereas this year’s entries? Jurassic World, Star Wars: The Force Awakens, Furious 7, and Avengers: Age of Ultron all passed — some with more flying colors than others, of course. — Maddy 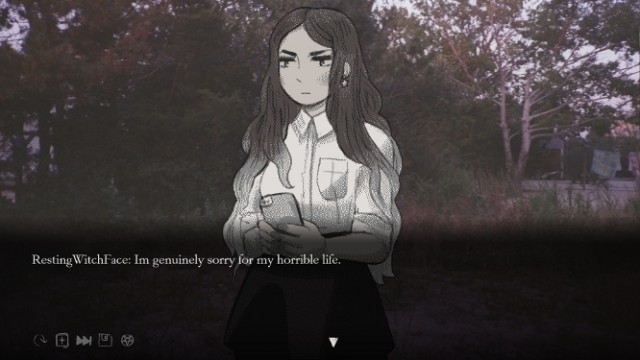 Video Games Got A “C” On Their Diversity Report Card — But Hey, At Least They Passed

We’ve already got a round-up of 9 woman-fronted games that came out in 2015, including some honorable mentions of games with playable non-dude options. Mashable‘s got a “report card” up detailing how video games stacked up elsewhere, such as racial diversity; very few games offered playable non-white characters, but Mashable still grudgingly gave video games a C grade. At least it’s not a D. Or an F. Come on, video games, you can do it! Study hard! — Maddy 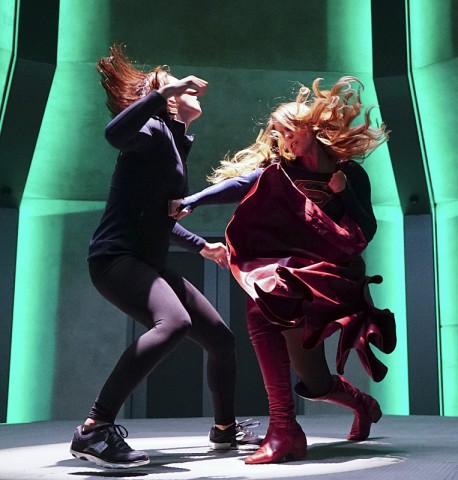 It’s Been a Super Year for Women in Television

While we still have plenty of work to do (and even if we didn’t, it’s not like we should ever just stop ’cause we’re “done”), 2015 was a pretty awesome year for women in television – an industry that many women in the entertainment industry think is more hospitable to women than film. A plethora of shows with female protagonists debuted, like Minority Report, Crazy Ex-Girlfriend, Quantico, and Casual. Digital streaming services like Netflix and Amazon have allowed creators like Jenji Kohan (Orange is the New Black) and Jill Soloway (Transparent) to continue to break ground with their honest, diverse, and groundbreaking portrayals of women on-screen. Shonda Rhimes still owns Thursday nights on ABC, and Grey’s Anatomy, Scandal, and How to Get Away With Murder have all kicked it up a notch, giving us women who aren’t perfect, but who have agency; her shows examining issues ranging from abortion to Black Lives Matter and giving life to an array of nuanced LGBTQ+ characters. And shows like American Crime gave us several nuanced female characters that were impossible to pigeonhole or pin-down.

And then there are the amazing genre shows! ABC’s Agent Carter delivered a female heroine that may not have super powers, but who continues to be a super hero. Both Netflix and CBS brought us the female superhero leads we’ve been craving. Netflix’s Jessica Jones provided us with a dark, gritty, harrowing female superhero story that reflects some of the trauma and pain that many women can relate to, while also giving us a hero that seems like she could also be a real person. On the other side of the spectrum is CBS’ Supergirl, which provided us with a more hopeful, optimistic heroine to root for, yet manages to be emotional without being overly saccharine. Even better, DC shows like The Flash and Arrow have better-developed their female characters as well. They’ve introduced an awesome Hawkgirl, brought back a more complicated Sara Lance (aka White Canary), given Thea and Laurel room to thrive, and even Felicity (who generally annoys me with her crying and self-righteousness) has become more badass this season. And Orphan Black continued to be Orphan Black and amazing.

Here’s to 2016 creating more opportunities for women to tell their stories, and bringing us even more female protagonists on television to root for, identify with, or love to hate. — Teresa

What were YOUR favorite female-led entertainments this year? And whom do you hope to see more of on television in 2016? Let’s chat in the comments below!

women in comicswomen in film