"I have guilt that I'm a man doing these movies." 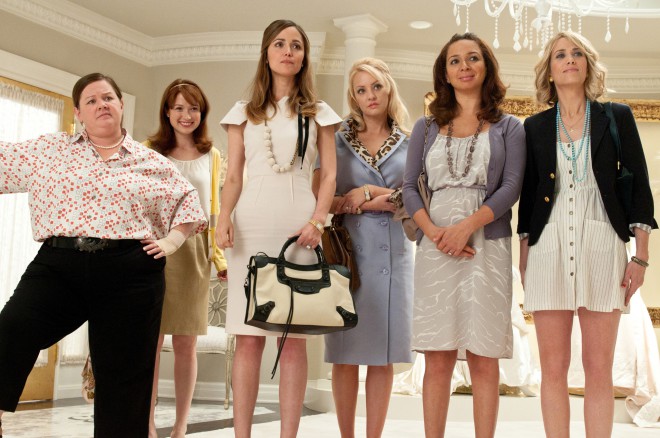 Paul Feig is in an interesting position in Hollywood right now: He’s pretty much the go-to guy for the director’s chair whenever Hollywood wants a female-led blockbuster comedy. Usually one starring Melissa McCarthy, and certainly one that rakes in a whole lotta cash — see: Bridesmaids, The Heat, Spy. It’s also clear from Feigs recent comments to The Huffington Post at SXSW that he does not take this position lightly. In fact, he knows that the fact that Hollywood keeps turning to a go-to guy instead of a woman for these movies is all kinds of wonky.

Here’s what he told HuffPo when asked about how things have improved for women in Hollywood since Bridesmaids:

I don’t think it is getting better. It’s not as terrible as it was, but look at the number [of] lady directors. I have guilt that I’m a man doing these movies. Women should be doing them, too! The studios aren’t giving them the opportunity for whatever reason, and the roles still aren’t there for women like they should be.

There will undoubtedly be people who call out Feig for taking on these director’s gigs instead of leaving the space for a woman, but I don’t really think his presence there in the issue — I’d mark it highly unlikely that studios would offer a woman the directing gig for these huge blockbuster comedies if Feig turned them down; they’d probably just find the next available dude. And therein lies the problem — not that Feig’s making these comedies (far more female-starring comedies need to be made my people who understand the need for them to exist), but that we’re still in a place where Hollywood has this warped perception that women shouldn’t be the ones telling their own stories.

That Feig understands and speaks up about the fact that this problem exists is encouraging, as is the fact that the is frequently directing from scripts written by women. He’s not exactly volunteering to stop working (nor should he), but he’s being vocal about the fact that there need to be more women in these spaces, and that it’s holding us back when there aren’t. Now we just need the people doing the hiring to walk the walk he’s talking. If there’s anything Feig’s movies have proven, it’s that there’s absolutely a market for female-led comedies — in fact they make mad bank. You’d think that would make them gamble on even more of these comedies — and not just ones from Feig — and not bow to the crying man-babies by ordering a zillion more dude-centered Ghostbusters movies.

Yep, sometimes Hollywood’s decisions make next to no logical sense. But as people like Shonda Rhimes and Paul Feig remind us, they should really listen to the people actually delivering for them. Walking their walk might just pay off big time.