EMMYS 2015: Women of Color Killing It

"The only thing that separates women of color from anybody else is opportunity." - Viola Davis 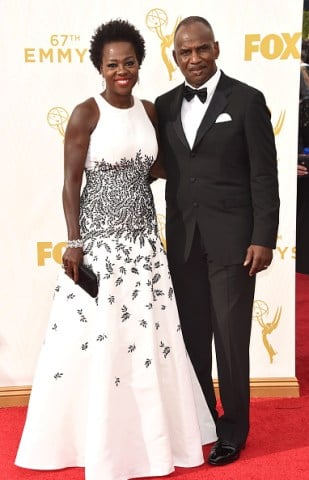 Women of color have been killing it during this year’s Emmys, and one of them was just crowned the queen of the drama category.

In addition to Regina King’s win for American Crime, Uzo Aduba won for Best Supporting Actress in a Drama for Orange is the New Black (making her the only person in TV history other than Ed Asner to win in both Comedy and Drama for the same role since OITNB switched categories this year). And Viola Davis won Best Actress for her role on How to Get Away With Murder, which was richly deserved.

It was so heartening to see Taraji P. Henson so thrilled when Regina King won, so touching to listen to Aduba’s tearful speech, and then to watch Henson give Viola Davis her own private standing ovation despite the fact that they were competitors in the same Drama category. It was thrilling to watch Davis’ speech, in which she quoted Harriet Tubman, and then said “The only thing that separates women of color from anybody else is opportunity,” and to see the faces of Henson and Kerry Washington as they thrilled to her win from the audience.

And let’s let this sink in. Of the four main acting awards women could have won in this year’s Emmys for Comedy or Drama, three of them went to black women.

This year has been the most diverse Emmys ever – which isn’t necessarily difficult – but important to acknowledge just the same. Here’s to more years like this, and even more inclusivity.