The Mary Sue’s Fave Comments of the Week: Belle Shall Not Pass

There goes the balrog with his tray like always 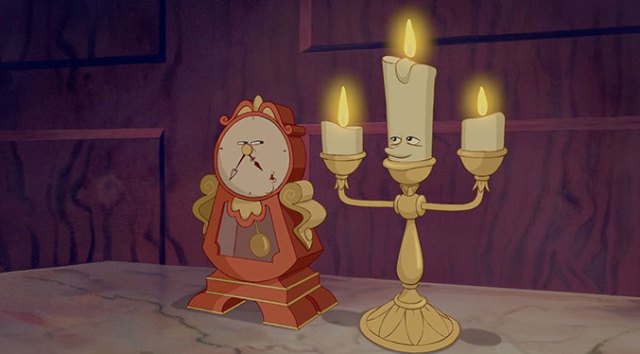 Another week has come and gone, but not without some inevitable suggestions for Beauty and the Beast/Lord of the Rings mashups on our post about Ian Mckellen’s role as Cogsworth: 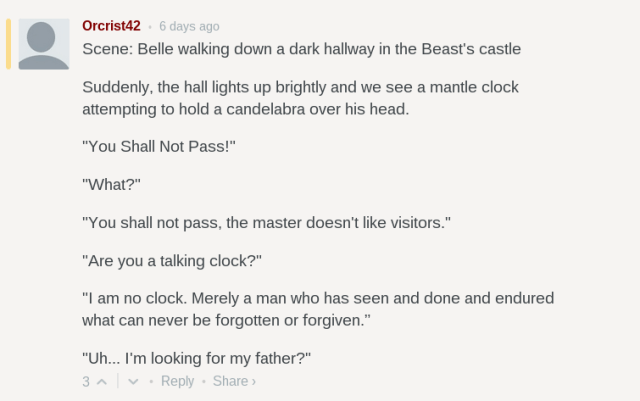 Bill has some thoughts on how ABC’s Agents of SHIELD spinoff should go down: “Another pitch: the Office or Parks and Rec style show about the day to day absurdity that is involved in working in a Hydra front company.”

We may have to borrow Zach Krishef’s name for the Glooberglopper activity that went down at Calgary Expo: “Quentin Tarantino’s “The Hateful Gate”.”

Is the cat going up or down? You guys don’t really care.

Happy weekend-of-constantly-refreshing-the-Star-Wars-trailer, everyone. May the force be with you.