What if the Avengers rocked plaid flannel instead of skin-tight superhero suits? This remix trailer doesn’t show us that, but it DOES show us what it’d be like if Age of Ultron had been released and marketed in 1995. (via Nerdist)

Apparently, women pay an average of $1,351 more a year for similar/identical items as men. I’m glad I live in CA, the only state that has outlawed gender pricing discrimination. And thank goodness that one of the things the Affordable Care Act did right was make gender pricing discrimination for health insurance illegal. But the thing about the dry cleaning will kill you. (via The Daily Share) 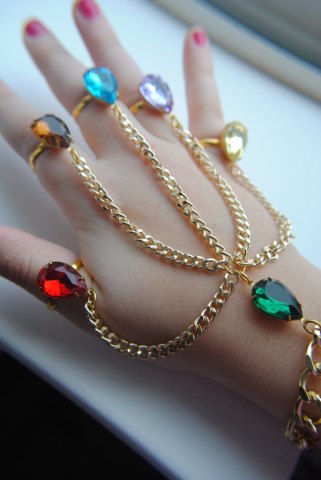 Rule the universe and be stylish while doing it! Check out this beautiful Infinity Gauntlet hand chain, which is available at The Beee Hive for $55. (via Fashionably Geek)