Starbuck does not approve of global warming. 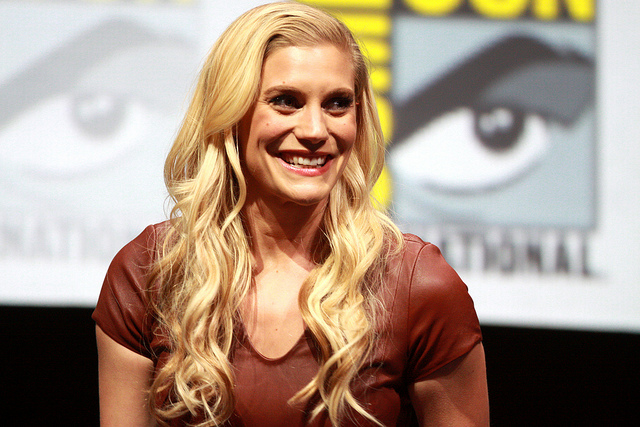 One solution to the problem of there not being enough women represented on television is that more women need to find ways to tell their own stories. Thankfully, we now can add another female-led story to the mix. Battlestar Galactica and Longmire‘s Katee Sackhoff has created and will be starring a new sci-fi/dystopia series!

The show is called Rain, and she’s partnered with Reunion Pictures, the company that produces SyFy’s Continuum. She’ll be Executive Producing it through her company, Fly Free Productions. Deadline Hollywood describes Rain like this:

Rain is described as an evolutionary parable that gives us a look into our possible future as a species viewed through the eyes of a soldier named Rain (Sackhoff). It explores how the long term affects of global warming, the burning of fossil fuels and the scientific manipulation of natures balance rot the world on an even decline.

“With Rain Katee has created a future world and a story that are compelling as both a sweeping vision and a very personal exploration of a civilization in harrowing decline by its own hand,” said Reunion Pictures’ Tom Rowe. “She has written a great story and we are excited to be working with her.”

With that awesome Power/Rangers fan film still going strong, Longmire continuing its life on Netflix, and now this, it looks like it’s a great time to be Katee Sackhoff. I can’t wait for Rain!