A Brief History of the Batmobile | The Mary Sue
Sponsored Content

A Brief History of the Batmobile 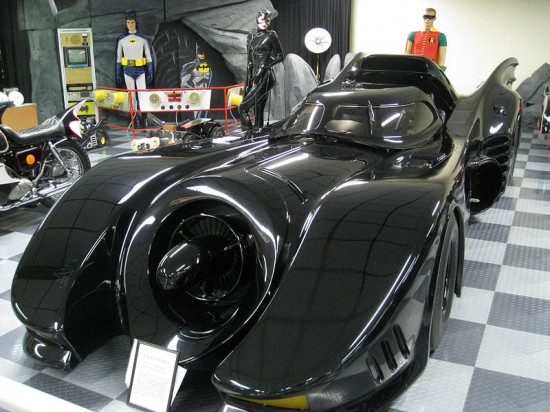 The Batmobile is perhaps the most iconic car in the world of superheroes, and since its inception, it’s continued to evolve and incorporate the most cutting edge non-existent technologies. As part of our ongoing sponsored content series with Lincoln, we take a look at the history of this impossible awesome ride, both in fiction and out.

When it comes to ridiculously awesome fictional cars with an absurd amount of insanely cool features, one needs to look no further than the Batmobile. Although it’s existed in a number of incarnations over the years, it’s an invariably righteous and sexy means of conveyance, driven by everyone’s favorite superhero-who-is-super-by-virtue-of-being-super-rich-and-knowing-how-to-beat-the-ever-living-crap-out-of-thugs, Batman. To get a feel for the history of this awesome ride, let’s take a look at three of its most noteworthy variations that were actually built. Holy seatbelts Batman! Buckle up for a wild ride. 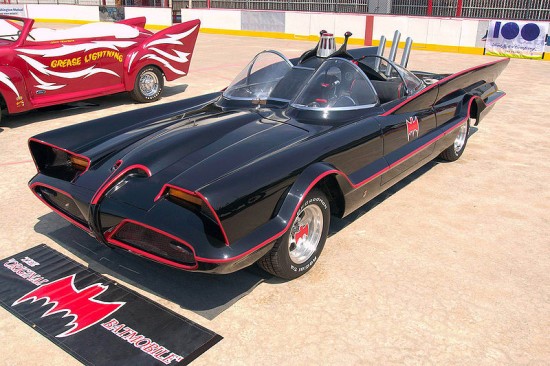 Although the first Batman film serials date back to the 1940s, the first Batman — and Batmobile — people tend to think of is the one from the iconic 1960’s Adam West Batman series. This Batmobile, the first one to be extremely stylized, was originally a one-of-a-kind concept car, specifically a 1955 Lincoln Futura. Costing around $250,000, the car was never initially intended to be the Batmobile, but when the car’s eventual owner George Barris was tasked with building a Batmobile for the TV show’s launch in a matter of weeks, he decided that the Futura could be modified into a Batmobile more easily than building one from scratch, and put about $30,000 into tricking the sucker out. Even before modifications, the Futura had some pretty distinct, almost superhero-y flair to it, including wild cosmetic details like its clear plastic canopy top, and huge outward-canted tailfins, both incorporated into the Batmobile. It’s pearlescent color treatment, however – though one of the first of its kind – was lost in the conversion.

Despite seeming pretty goofy nowadays, especially in contrast to its decidedly sleeker descendants, the 1960s Batmobile set some standards that are still lived up to today. Most notably, it was the first obvious Batmobile; in the 1940s film serials, the Batmobile was just a regular old car. The 1960s Batmobile was quite flashy by comparison. It also started the trend of jet propulsion, something included on nearly every live-action Batmobile to date. In that sense, it also set the stage for Batmobiles with all kinds of crazy gadgets and features. The 1960s Batmobile’s ability to make insane 180 degree turns in particular, was something emulated by later models, though in other forms. The trend of having all the features start with the prefix “Bat-” however, mercifully died with this incarnation. 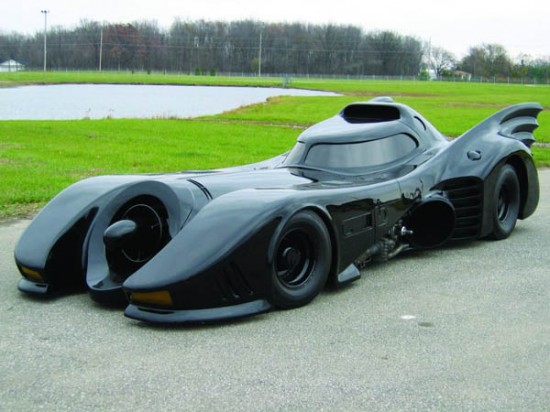 After the end of the Adam West era, live-action Batman went back to hide in its cave for a while, only reemerging in 1989 with the new Tim Burton directed reboot: Batman. Of course, with this new, grittier reboot came a new, grittier Batmobile, this time built off the chassises of not one, but two Chevy Impalas. The car was designed by one Anton Furst, who aspired to make the Batmobile less of a clown car, so to speak, and more of a tank. Furst took inspiration not only from 1930s salt flat racers but also 1950 muscle cars. The “Keaton Batmobile,” as it is sometimes called, rides remarkably low to the ground, and like all good Batmobiles, can shoot flames out the back.

Fiction-wise, the Keaton Batmobile brings a few new things to the table. For starters, it was the first live-action Batmobile to eschew sillier weapons like the “Bat Beam” or the “Bat-tering Ram” and instead feature straight-up machine guns. Like its predecessor, the West Batmobile, the Keaton Batmobile also had a mechanism by which to make sharp turns, but unlike the West-mobile, which used parachutes, the Keaton-mobile opted for a no-nonsense grappling hook cannon. Unfortunately, that’s not something that’d really work.

Moreover, in the second Burton-directed film, the Keaton Batmobile introduced a new, somewhat unintuitive concept, doing its own part in enriching the Batmobile lore. The Keaton Batmobile introduced “Bat Missile” mode. This flashy mode involved the permanent restructuring of the vehicle’s chassis, effectively destroying it in its original form. The result was a thinner version of the vehicle, which could make it through tight spaces. Most of you probably know this isn’t the last time we’d see a feature like that. 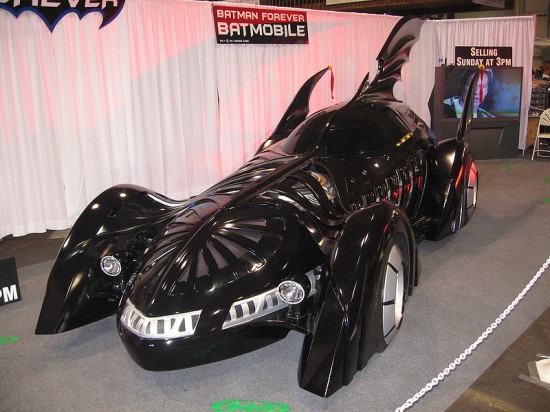 On second thought, let’s forget this one. Let’s just forget these movies all together. Cool? 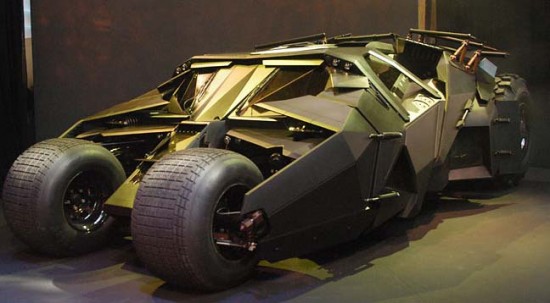 The Batmobile featured in Christopher Nolan’s Dark Knight series is a kind of a radical departure for the vehicle, mostly in that its not so much a car as a tank. Like literally, though. The first Batmobile not to be built off of an existing car chassis, called the Tumbler, was built not once, not twice, not thrice, but four times. That’s right, they built four of those bad boys at a rough cost of $250,000 a piece, each designed for a different kind of close-up shot. Each of these different models was actually drivable, and stunt drivers spent six months learning to handle them before filming the scenes. Although they could really drive, visibility from inside the Tumbler(s) was poor, so they were piloted mostly using a live video stream. Oh, and the cockpit from the movies? That was a stationary set located elsewhere.

It’s a bit of a departure from the world of cars as far as the fiction is concerned, too; the Tumbler, instead of being any kind of modified car, is instead a military prototype. That aside, it does a pretty good job of staying faithful to and building on the legacy of its predecessors. It has the requisite jet engines, machine guns, and even a detachable bat-pod motorcycle a-la-“Bat Missile” from the second Burton film, but the Tumbler doesn’t just take from the established stack of Batmobile features. It adds a few of its own as well. One unique feature the Tumbler has is a somewhat unintuitive electric engine. Understandably, a good old flaming jet is used for the bulk of the Tumbler’s propulsion needs whereas the electric motor is reserved for stealth.

Impressive already, the Tumbler still has time for improvement. It’s pretty much certain that we’ll get to see some new features in the upcoming The Dark Knight Rises, the trailers for which have already appeared to show the Batmobile flying. That’s not all either, if our (bad) math is indicative of anything, you’ll be treated to three more Batman reboots before you die and — unless Batman gets a Segway or something — three more Batmobiles. What kind of features those bad boys will have is anybody’s guess, but it’s never too early to start a pool with your buddies. Or to start building your own. Either one, really.

While the Batmobile is fictional, the new Lincoln MKS is very real, and packed with super-abilities that help battle the heinous evils of a boring, uncomfortable drive. Available with Sync technology to help make the most of the gadgets already on your utility belt and Lincoln’s own EcoBoost technology that provides the raw power of v8 and the fuel efficiency of a V6, the Lincoln MKS can get any aspiring Bruce Wayne around in truly heroic style and comfort.

Relevant to your interests in our awesome sponsored content