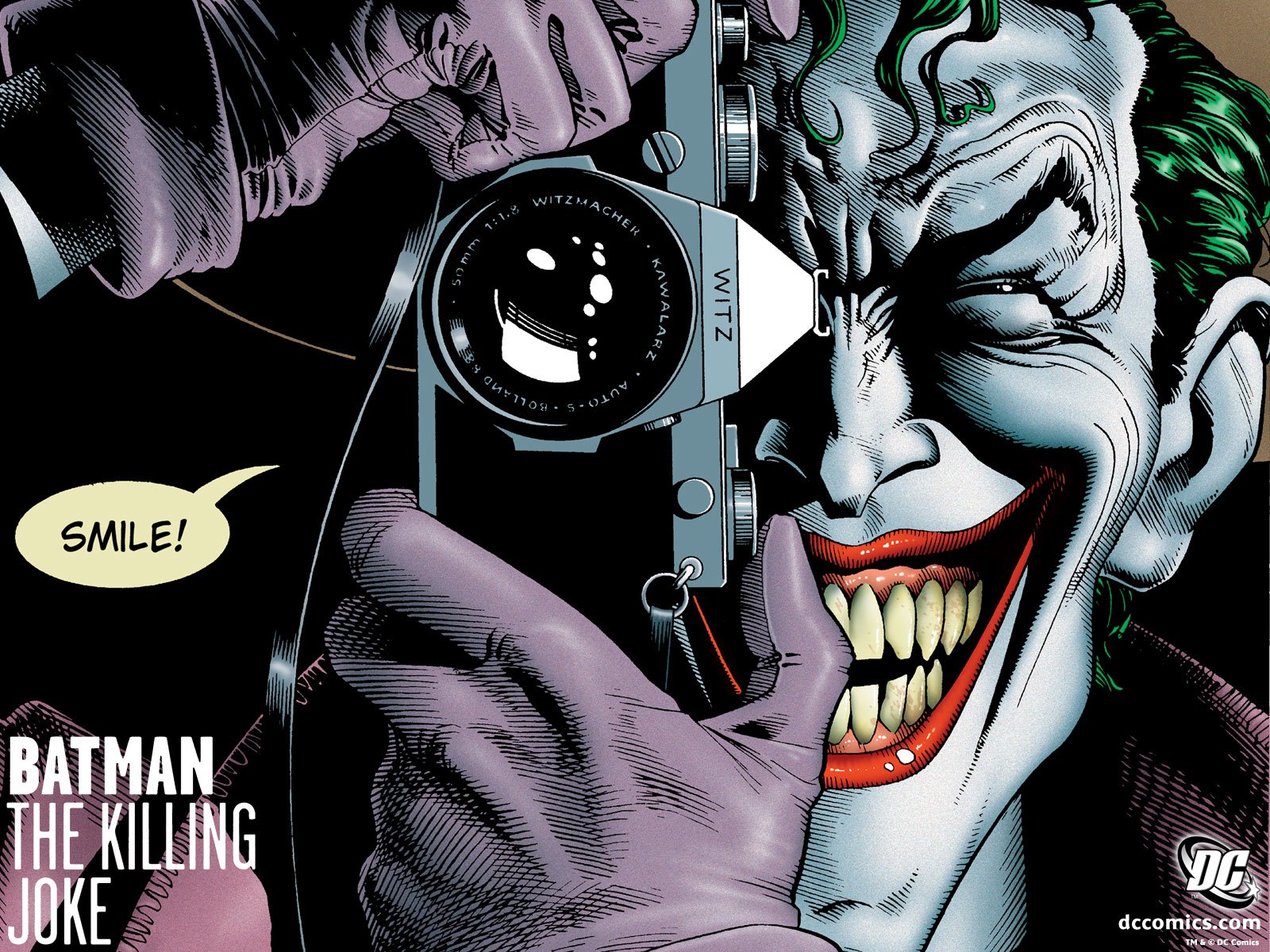 If there’s one story comic fans are pretty consistently divided over, it’s Alan Moore’s The Killing Joke. Although it was not Alan Moore’s initial intention for The Killing Joke to be a major part of ongoing DC canon, the Joker’s attack on Barbara Gordon (and graphic physical and mental abuse of Jim Gordon) is still disconcertingly popular nearly two decades after the story was first published. A Killing Joke animated movie is on its way; Jared Leto has dropped multiple hints that we can expect something Killing Joke-related in Suicide Squad; and, this time last year, DC released a variant cover by Raphael Albuquerque featuring the most recent incarnation of Batgirl being held prisoner by The Killing Joke Joker.

Given the ongoing preoccupation with The Killing Joke, many people were understandably excited to learn that Batgirl #49 addresses the legacy of Alan Moore’s iconic story. Spoilers to follow.

In Batgirl #49, Barbara and Frankie face off against “the Fugue,” who has implanted fake, nightmarish memories into Babs’ brain. In a full-page panel that features Brian Bolland’s Joker and gun, it’s implied that the events of The Killing Joke could be false memories instilled in Barbara by Fugue. 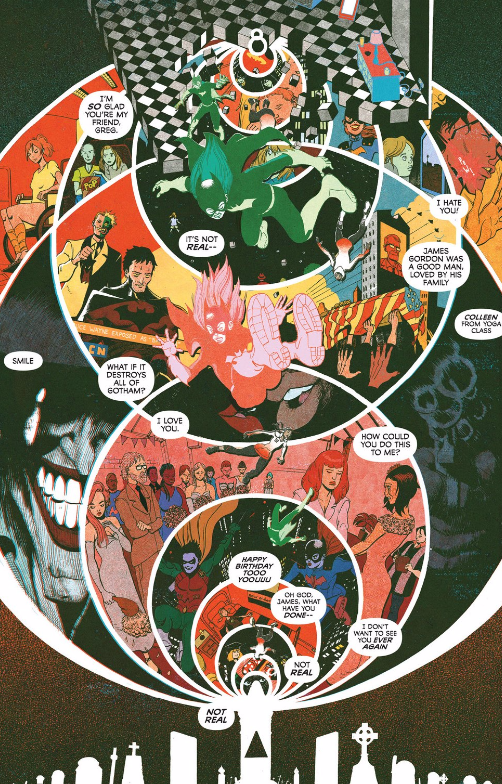 Babs Tarr tweeted “We undid some things” after the issue was released, and Cameron Stewart also shared his thoughts:

Now that we’re a few days out from it, a thought on Batgirl 49: I’m often interested in ambiguity as a narrative device. One of the things we intended for this issue was for it to be read in several ways, depending on your own interpretation and/or preference. I believe that an individual’s subjective interpretation of a work of art can matter as much as the artist’s intent. What does an image mean to you specifically? How do you interpret it based on your own set of experiences? There’s no right or wrong answer. This is, I think, an unusual concept for the superhero genre, where material is often strictly deemed canonical or “real,” or not. There’s no right, and no wrong, way to read that page. It is what it is to you. We deliberately set it up that way. If you want to read it as retcon, you’re welcome & encouraged to do so. If you want the timeline as-is, you are also encouraged to do so. Your own personal “truth” in this story is what we want you to take from it. How you read that page is how it is.

The trouble with having an ambiguous Killing Joke reference is that the subset of comic fans who would be well served by thinking critically about the story’s misogyny probably won’t.

The Killing Joke is a stark representation of how dispensable DC once viewed its female characters and, by extension, its female readers. DC Editor Len Wein famously gave Alan Moore permission to shoot Barbara by reportedly telling him to “cripple the bitch,” and that blatant misogyny is evident throughout The Killing Joke and in many of the more recent references to and retellings of the story.

Yes, The Killing Joke eventually provided an origin for Oracle; but, as HitFix’s Donna Dickens told Fusion last summer in reference to the animated Killing Joke movie, “The idea that “The Killing Joke” set up Barbara to become the Oracle is, quite frankly, bullshit. At the time the comic was released, DC had no plans to do anything with Batgirl; it wasn’t until Kim Yale fished her out of the discard pile that Oracle became a character. Oracle is a wonderful character but her existence is in spite of Killing Joke, not because of it.”

The Killing Joke is a clear-cut example of a female character being traumatized to further a man’s arc, and it’s high time fans stop revering a comic that’s based on such a toxic and tired trope. It’s extremely disturbing that, almost 20 years on, people are still defending Moore’s story with such vehemence–DC pulled the Batgirl/Joker variant last year partially because critics of the cover were receiving threats, and a #DontKilltheJoke hashtag circulated this past summer in response to the animated movie news and Dickens’ HitFix article “It’s Time to Kill the Killing Joke.” People are holding on to The Killing Joke for dear life, and considering the content, that’s unbelievably upsetting.

Because of the enduring mystique The Killing Joke appears to have for many fans, I wish Batgirl #49 had been able to condemn it even more explicitly (and I’m more excited than ever for Batgirl #50). I doubt Killing Joke stans will interpret this issue as removing the Joke from continuity, or even see it as an implicit criticism of Moore’s story, and that’s a shame. If you’re willing to tirelessly defend a story that capitalizes so casually on female trauma, it would probably behoove you as a person to be faced with an arc that explicitly condemns your sexist proclivities. I’m all for killing things in comics to further male development, I just think we should be killing terrible stories, rather than female characters.

All of that aside, I do love that, as Stewart says, this arc allows people who are already done with The Killing Joke to interpret it however they please. This time last year Batgirl was being held prisoner by the Joker on a variant cover. Now we’re seriously debating whether or not The Killing Joke has been erased from continuity. If you ask me, that’s a definite step in the right direction.